Above: The small suspension bridge at the southern end of Fernilee Reservoir was dismantled following the construction of Errwood Reservoir in the mid ’60s.

Inset: The brick pillar that recently emerged during the drought of 2018.

Another of my theories bites the dust! I was sure the brick pillar that recently emerged during this summer’s record temperatures at the southern end of Fernilee Reservoir must have been one of the supports for the suspension bridge. But it appears not. (See previous post.)

Dennis sent a message saying he thought I was wrong. He pointed out that the suspension bridge pillars had been constructed from dressed stone – not brick. And added that he remembers them being further south. And since he walked beneath the bridge in the 1950s, I should have had no reason to doubt him!

But I thought the bricks may have been laid under the dressed stone. I was also fairly confident that the position was correct. But a quick trip to Fernilee Reservoir this afternoon, armed with a GPS app on my phone, showed that Dennis was completely correct.

I knew the suspension bridge had been built over an ancient ford which crossed the Goyt. And when I compared the GPS positioning of the brick pillar with the ford shown on an old map, they didn’t match.

I’ve circled where the suspension bridge would have spanned Fernilee Reservoir on this fade. And also pinpointed where my GPS app tells me the brick pillar stands. A quick slide between the two images reveals the truth.

I took the photo below of the pillar this afternoon. If anyone knows what purpose it may have served, please get in touch, or leave a comment below. 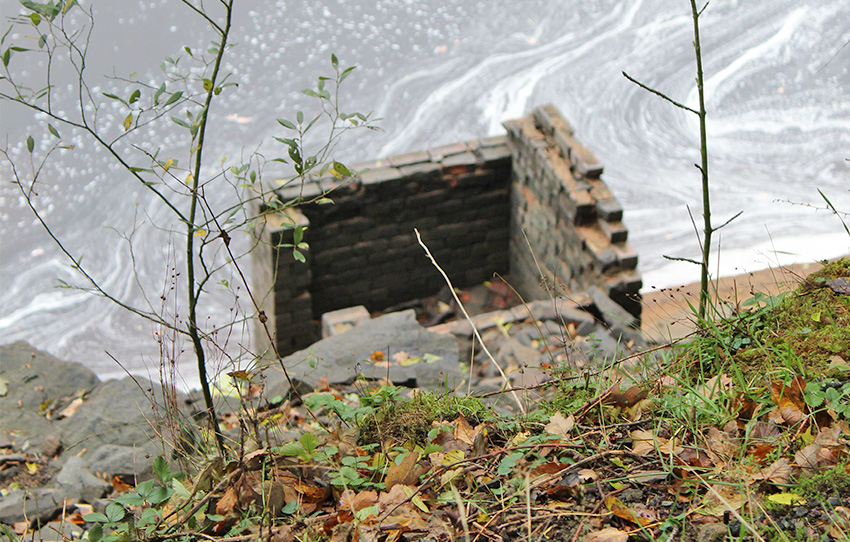 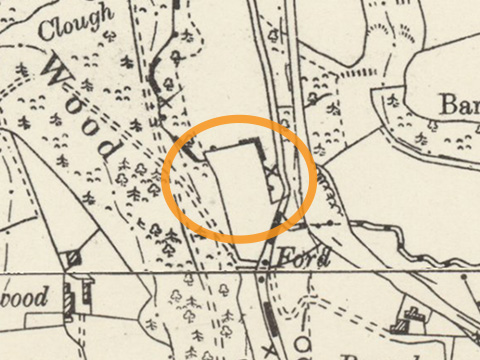 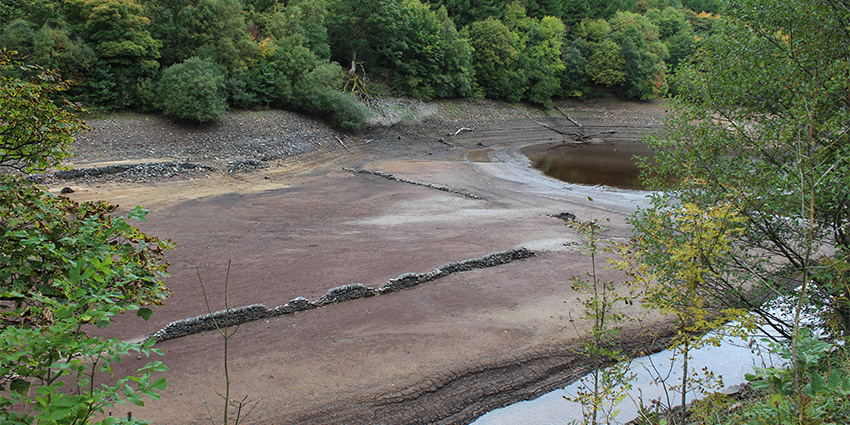 Page update: I just noticed that the two lengths of dry-stone walling that appeared at the southern end of Fernilee Reservoir can be seen in the old map on the fade.