Above: Gary’s 1984 photo on the left clearly shows two arches, but the 1958 photo seems to show only the one.

One of the things that mystified me about Gary’s 1984 photos of Errwood Bridge emerging from the waters was that they showed there were two arches. And on all the old photos I’ve seen of the bridge before the valley was flooded, it seemed there was just the one.

At first I thought that there may have been two arches on just one side; the side looking the other way from all the pre-reservoir photos. But this would have meant the photos were taken looking south, towards Goyt’s Bridge. And that didn’t seem to make sense of the various roads that had also appeared.

Bill confirmed that there were two arches on the side facing north. But said the second one on the right was just an architectural feature built into the side wall, and that water didn’t flow through it. I have to admit that I wasn’t sure he was right.

I enlarged the 1958 photo but still struggled to see any sign of this ‘faux’ arch. Chris and Alec from the Goyt Valley Facebook Group insisted they could see it. And a closer look seems to show they’re correct. This ‘then & now’ fade shows where the arch must have been; hidden behind the tree on the right. 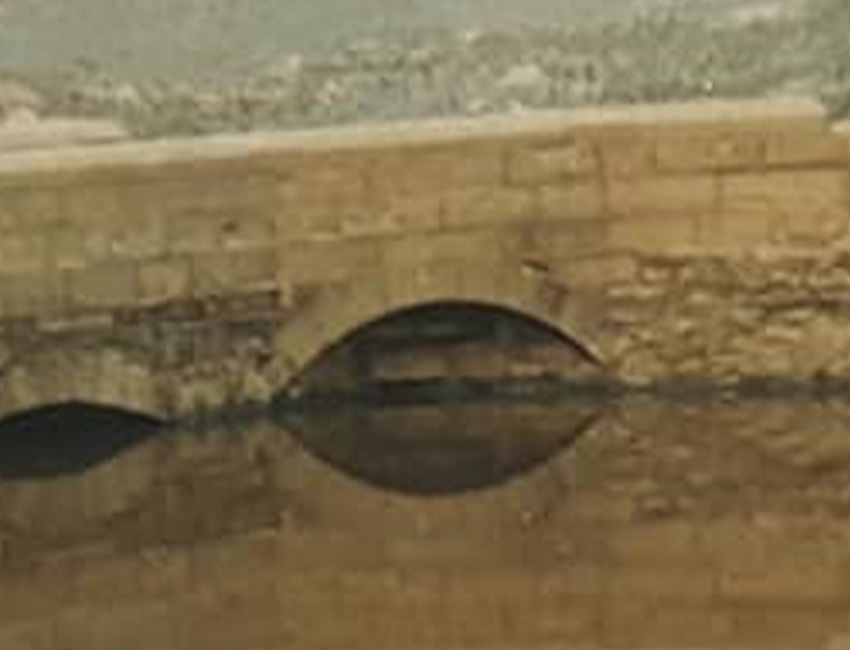 A closer look at the 1984 photo reveals stonework at the back of the arch on the right (click to enlarge). So it seems it was purely decorative.