Above: Whatever remains of Ladmanlow Station now lies behind these gates. I’ll maybe knock on their door once the virus has passed to ask if they’ll let me take a closer look.

I’ve long been fascinated by the history of the 33-mile Cromford & High Peak Railway which once ran through the Goyt Valley. It was such an incredibly ambitious project to link the canals at Cromford and Whaley Bridge across this harsh and windswept landscape.

The initial plan was to create another canal – which seems even more astonishing, given the slopes involved. But with the arrival of the railways, Victorian engineers decided a track would be an easier option. The line was completed in 1831, making it one of the earliest railways in Britain.

The station nearest to the Goyt Valley was at Ladmanlow, just south of Buxton and close to the junction of the A53 and A54. From here the line ran north through the longest tunnel on the line, before dropping down a steep incline which now forms the main route into the valley from the Buxton to Whaley Bridge, Long Hill road.

But despite overcoming severe technical challenges, this northern section of the line closed just 60 years later in 1892 when an easier route, without such steep inclines, was built.

I was interested to discover what remains of Ladmanlow Station. But as this fade shows, there’s very little left on the ground today. The site of the station is now private houses, gardens and parking. So I decided to try and trace the route of the line going south.

Unfortunately there’s a gate across the track with a sign warning that it’s a hazardous area and that trespassers will be prosecuted. But it’s easy enough to find an alternative route by following the signs to Harpur Hill and taking a footpath sign on the right.

This joins the old railway track about half a mile further, but goes right past the small reservoir which I think must be the site of the hazardous material. So I’m not sure why they’ve closed this section of the original track.

I created this Relive of my walk, following the track as closely as possible all the way to Harpur Hill. It eventually becomes the High Peak Trail, but I’m not sure how easy it is to bypass the limestone quarries at Hindlow. I’ll save that walk for another day! 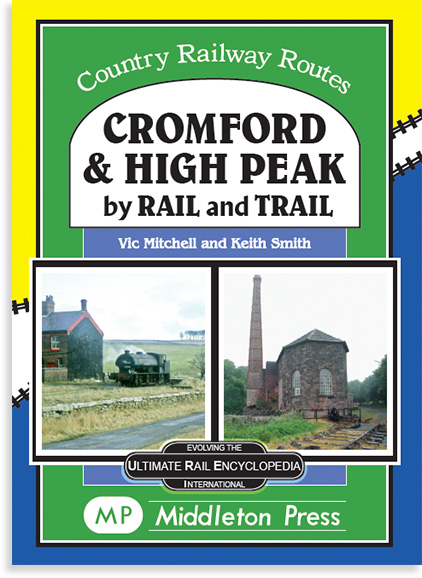 Both photos reproduced from Cromford & High Peak by Rail and Trail, published by Middleton Press (01730 813169). www.middletonpress.co.uk

I found these two photos of Ladmanlow Station taken in 1932 in a recently published book on the C&HP Railway (click to enlarge). 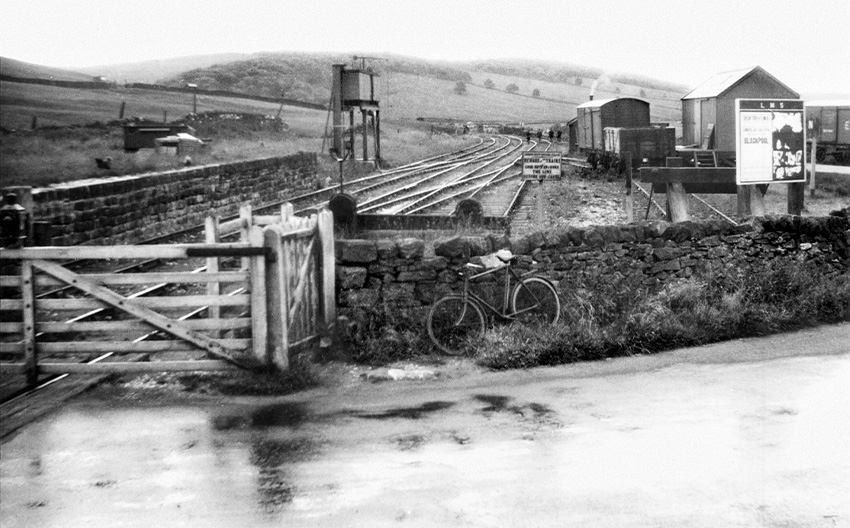 Above: looking north towards the goods yard from a level crossing on the A53 Leek Road.  The yard was in use until 1954.  The poster advertises a trip to Blackpool. 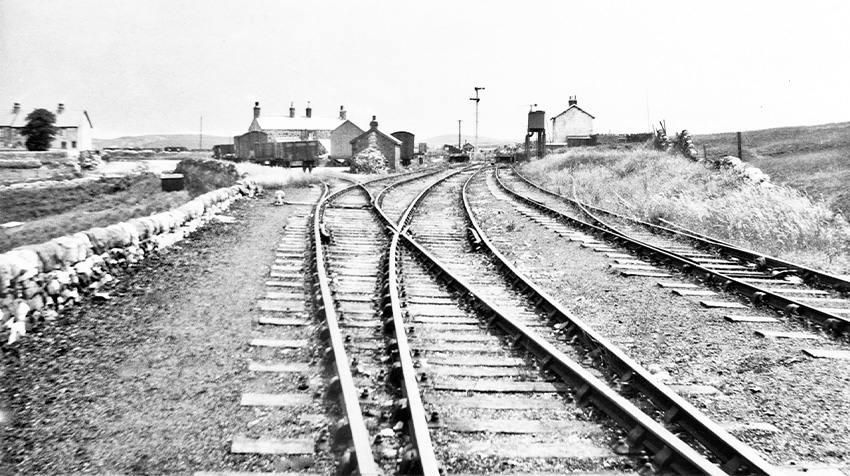 Above: Looking south towards the same level crossing gates in the far distance.

Page update #1: I tried to follow the line from Harpur Hill to the start of the High Peak Trail the other day. It’s a bit of a round-about route as there’s a couple of very large stone quarries in the way. Click there to view a Relive of the walk. And click here to view a map of the entire route published by the Peak District National Park. 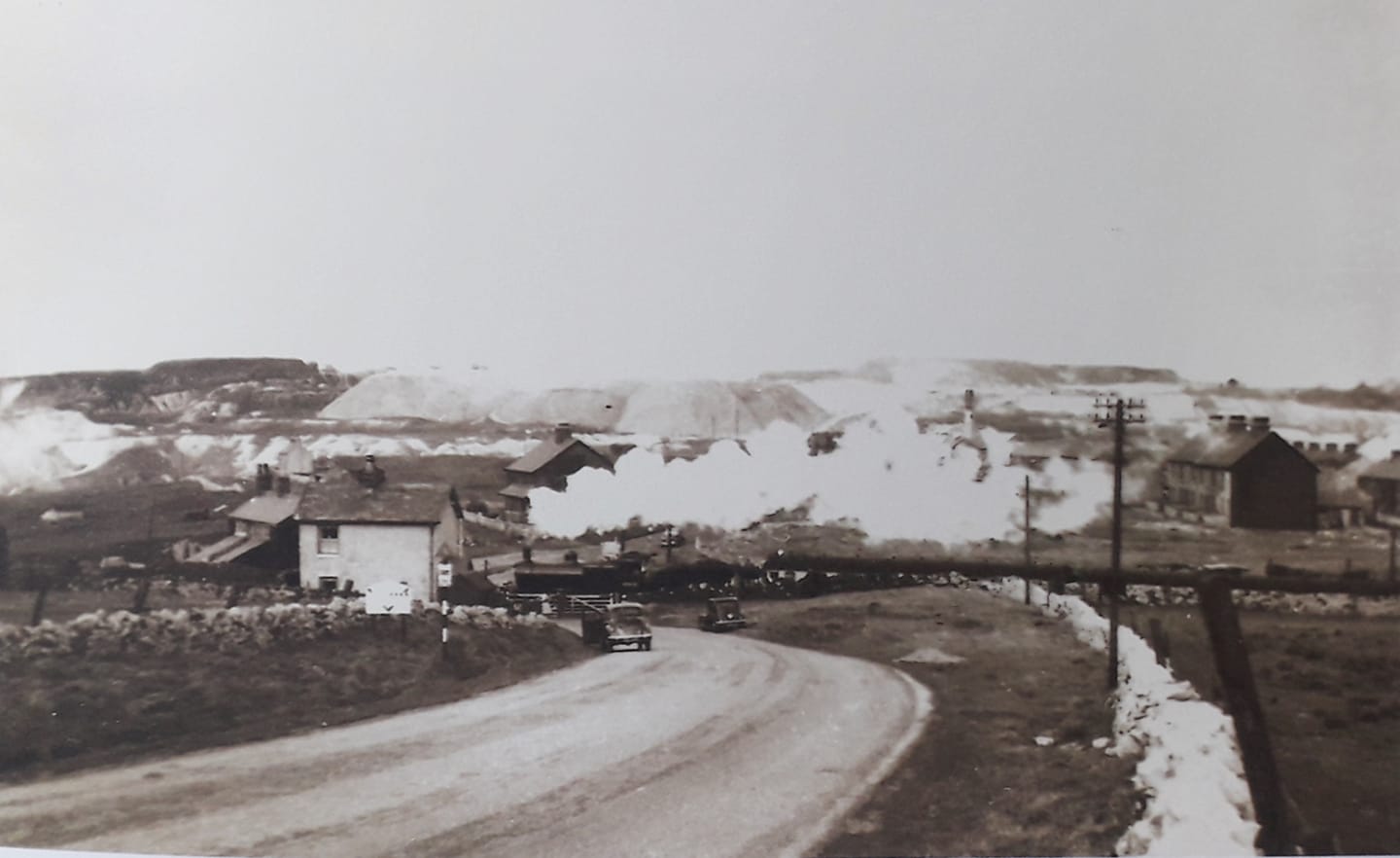 Page update #2: Many thanks to Paul from the ‘Growing up in Burbage’ Facebook Group for this photo of a steam train crossing the A53 Leek road towards Ladmanlow goods yard (click to enlarge). From the cars, I’d guess it would have been early 1960s, but I’m not sure. 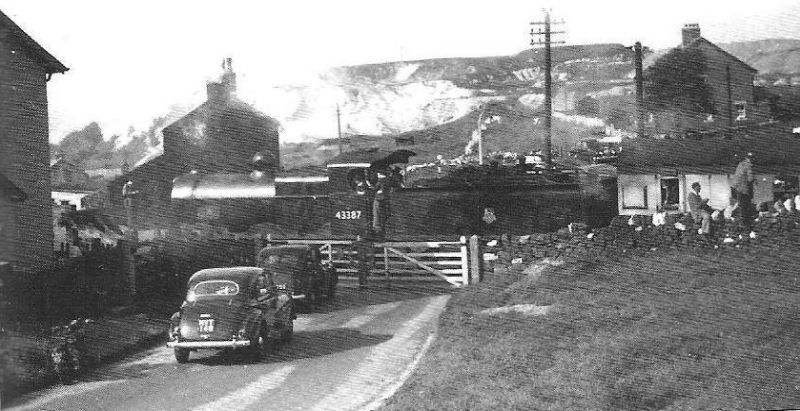 And here’s another, taken from William’s website (see comment below). Bill from the C&HPR Facebook page says: “The crossing photo is dated 27th of July 1952 and is by J. W. Sutherland”. 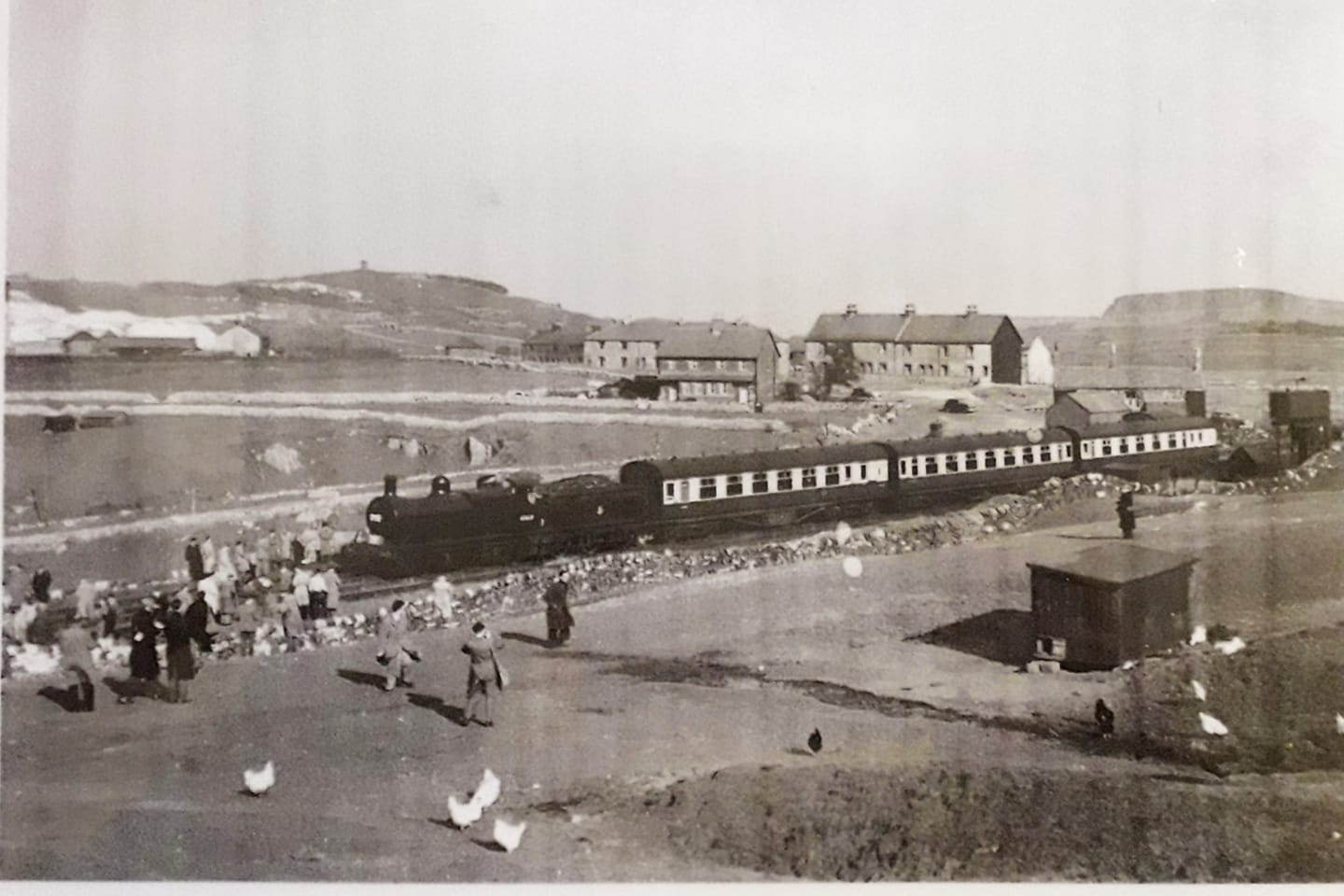 Page update #3
Many thanks to Paul for sending this photo of a passenger train arriving at Ladmanlow on one of the last steam-enthusiasts’ excursion trips along the line, taken by E Evans. I would think it would date to the same time as the one above – in 1952.