Above: This is the only photo I’ve managed to find of a train on the C&HP Railway line as it approaches the Goyt Valley section.

It’s a view across Burbage, southwest of Buxton. It’s just possible to make out Buxton’s famous dome in the far distance. 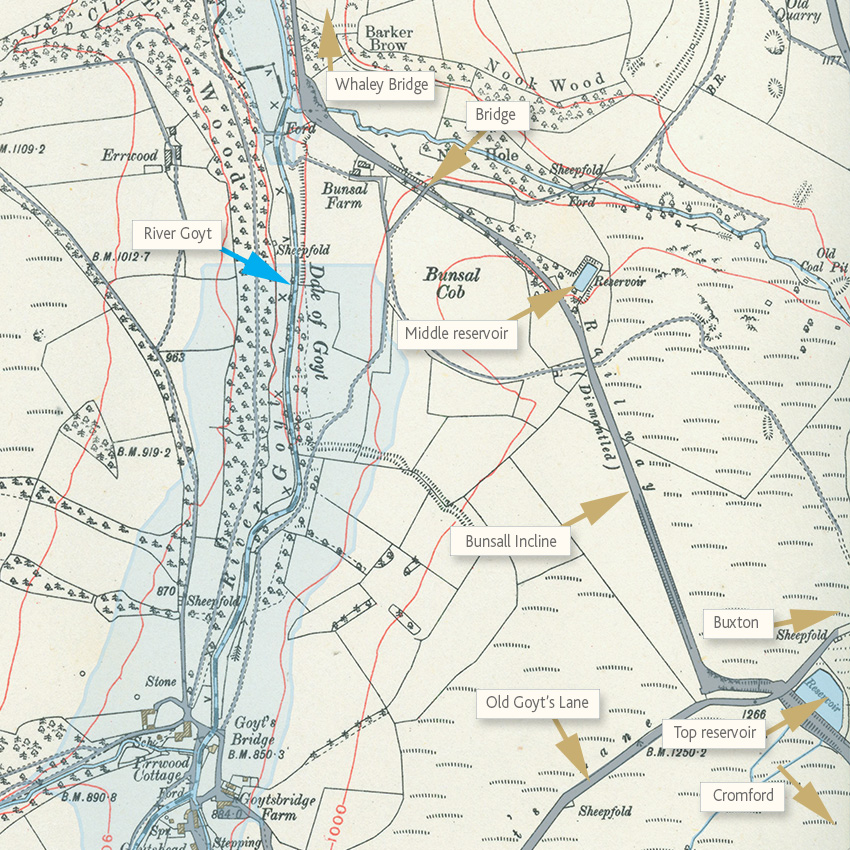 Above. This 1912 map (click to expand) shows the Bunsal Incline on the old Cromford & High Peak Railway line, and the small reservoirs used to feed the steam-powered pulleys which hauled the trains up and down the steep slope. Today the incline forms the main entrance into the Goyt Valley. 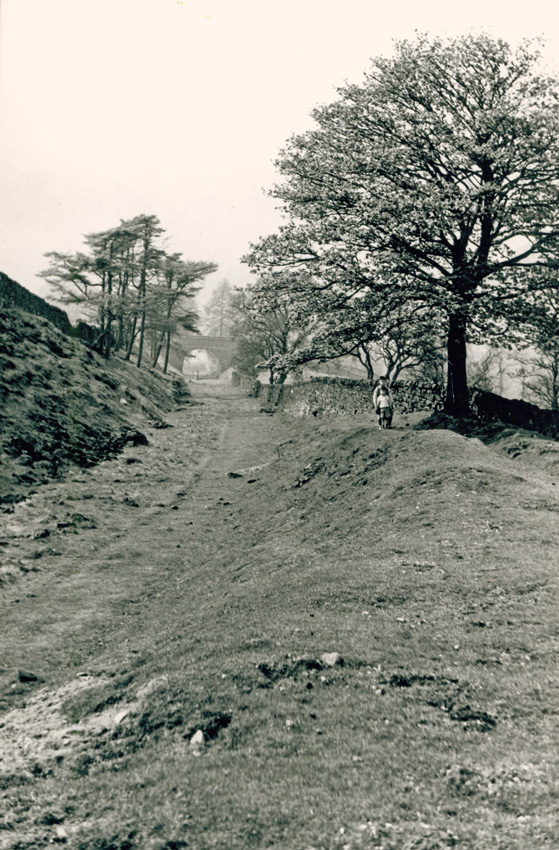 Above: The Bunsal Incline after the track had been removed, but before it was tarmacked (click to enlarge).

Below: Another photo of the incline before it was tarmacked, looking up the slope. The area on the left is a small carpark today. 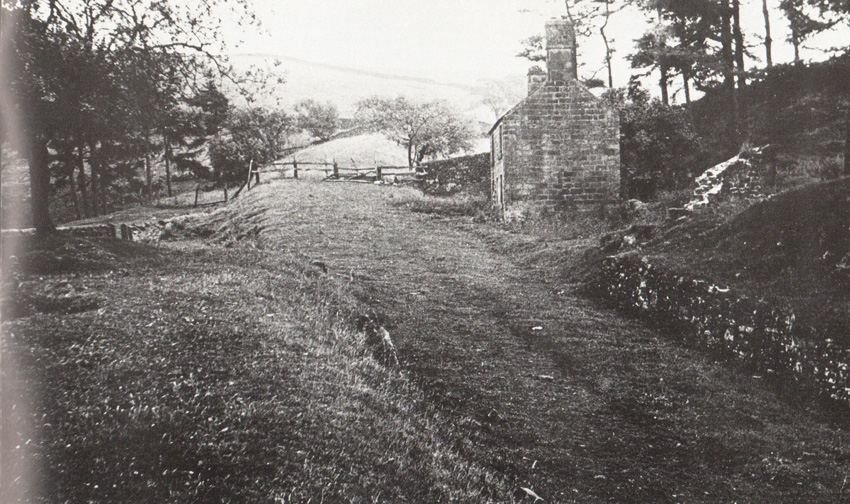 Most visitors to the Goyt Valley enter from the Buxton to Whaley Bridge road (see below). This narrow lane winds between moorland fields bordered by dry-stone walls before suddenly sloping steeply down a straight section towards the twin reservoirs of Errwood and Fernilee which nestle in the picturesque valley below.

Above: Today, the Bunsal Incline provides a wonderful entrance to the glories of the Goyt valley.

This straight section of road was only tarmacked in 1967. Before then the route into the valley forked left along Old Goyt’s Lane (see map left), down towards Goyt’s Bridge.

It was one of six inclines on the Cromford & High Peak Railway, and known as the ‘Bunsal Incline’. Trains were hauled up and down these steep stretches of railway using steam-driven pulleys and cables.

Opened in 1831, this 33 mile railway connected the Cromford Canal with the Peak Forest Canal in Whaley Bridge. It was a triumph of Victorian ingenuity and determination to join these two important canals over this bleak and challenging terrain.

Cromford was the birthplace of the Industrial Revolution. And it was vital for the wealthy and enterprising industrialists to get their goods to the fast-growing cities of the Northwest. And then on to the ports of Manchester and Liverpool which would carry them to the rest of the world.

But the inclines slowed the journey time down considerably; when first opened it took two days from start to finish. The most difficult section of the line between Ladmanlow, near Buxton, through the Goyt Valley towards Whaley Bridge, was abandoned in 1892 when an easier route was opened. The tracks were removed and for the next 75 years the line became a useful path for villagers, traders and farmers.

The valley was purchased by Stockport Corporation in 1930. Fernilee Reservoir was completed in 1937. The Bunsall Incline was tarmacked shortly before Errwood Reservoir was officially opened in 1968 to form the main route into the valley. There is still evidence of the railway – if you know where to look.

Two small reservoirs – one at the top and one half-way down – provided water for the steam engines and pulleys. The middle one is difficult to spot amongst the undergrowth, but the one at the top provides an excellent  spot for picnics – and was used as a winter ice rink  during Victorian times.

One of the most popular walks in the Valley is along the eastern shore of Fernilee Reservoir. It’s solid, level surface provides an ideal path in all weathers, with car parks at either end. But not many visitors realise it was once a railway track.

Above: The path alongside Fernilee Reservoir is always popular with families and dog-walkers. Today it’s quiet and peaceful. Yet over 175 years ago, noisy steam trains once ran along this very track.

I’ve traced the northern section of the railway – as far as possible – in my Walk 12 which goes between Burbage on the outskirts of Buxton all the way to Whaley Bridge, a distance of some 15 miles (although it can be shortened by starting from either Errwood or Fernilee Reservoir). The return is by a regular train journey between the two towns.

Above: I had thought this photo showed a steam engine being pulled up the Whaley Bridge incline, which was the last to close at this northern end of the High Peak Railway. But it seems it was another incline – at the southern, Cromford end of the line (see comments below).

Over the High Peak Railway

Click here to read a report of a journey along the entire route in 1880, from Whaley Bridge all the way to Cromford.