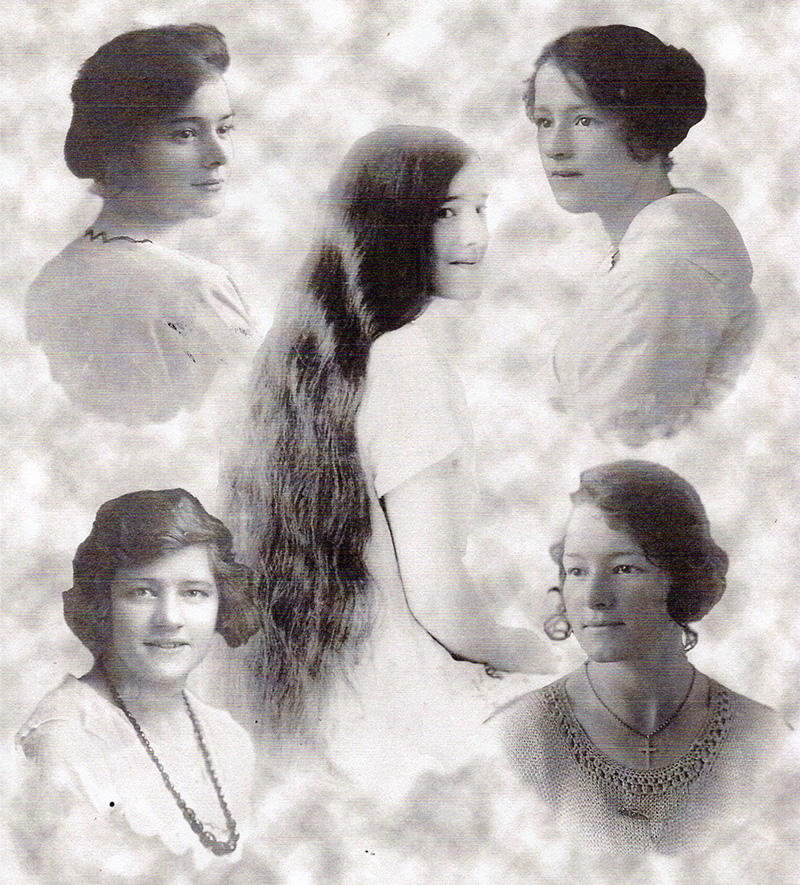 Marie Brickell kindly got in touch following one of my History of the Goyt Valley presentations to say that her grandmother, Florence Heather, as well as her eight brothers and sisters, had gone to the small one-room school in Goyt’s Bridge, run by the Grimshawe family of Errwood Hall.
Their father, Allen (Marie’s great-grandfather), along with his younger brother, Arthur, had moved up from Surrey to work at Fernilee Gunpowder Mill soon after the works had been purchased by Chilworth Gunpowder Mill in 1888. They’d both served in the army, and also spent some time working at the main Chilworth factory in Surrey.
Allen married Annie Greaves in 1890 at Chapel-en-le-Frith Parish Church, and both appear in the 1891 census returns as living in Horwich End, along with their first child, Fred, who was then two months old. Allen is listed as a ‘gunpowder maker’.
He lost an arm in an explosion in 1893, and next appears in the 1901 returns described as a ‘stationary engine driver’. Marie says that he managed to keep his job because he was able to do it one-handed! 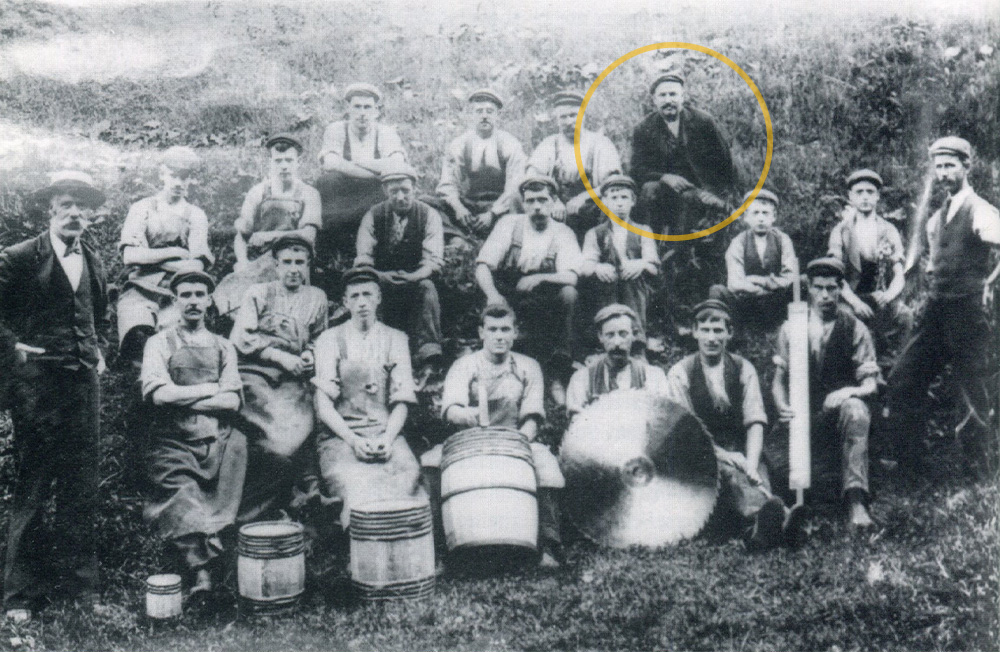 Above: Marie thinks her great-grandfather Allen is at top right in this photo of a group of gunpowder mill workers, and it does look like he may be missing his left arm (click to enlarge).

Like the Grimshawes, Allen and Annie were Catholics, and many of their nine children were later employed at Errwood Hall. The eldest, Fred, became footman, and then valet, to Samuel Grimshawe.  And two of his sisters were named after Samuel’s daughters, Mary and Genevieve, and were servants at the hall.

Bert was their second son, and joined the army much against his mother’s wishes. Annie sent Fred off to the barracks with money to buy his brother out. But Bert told him that he was more than happy with his smart new clothes and three square meals a day. And it seems he also managed to persuade his brother to stay and sign on himself!

The youngest of the the four brothers was Arthur (known by his middle name, Percy). He was killed at Hell Fire Corner during the Battle of Ypres in July 1915 at the age of just 19. There was a plaque at the school which commemorated the four ex-pupils who paid the ultimate sacrifice (see foot of this page).

Fred survived being wounded by a dumdum bullet and lived into his 80s. The third brother – Joseph (known as Harold) – was a sniper during the war and severely wounded when shot out of a tree, but also survived until old age. Bert stayed in the army, rising to the rank of Quarter Master at Aldershot, and died in 1954.

Their father, Allen, died in 1926 and is buried in the graveyard at Chapel Parish Church. Both of the Grimshawe sisters – Mary and Genevieve – attended the funeral, along with his brother, Arthur, and surviving sons, daughters and grandchildren. 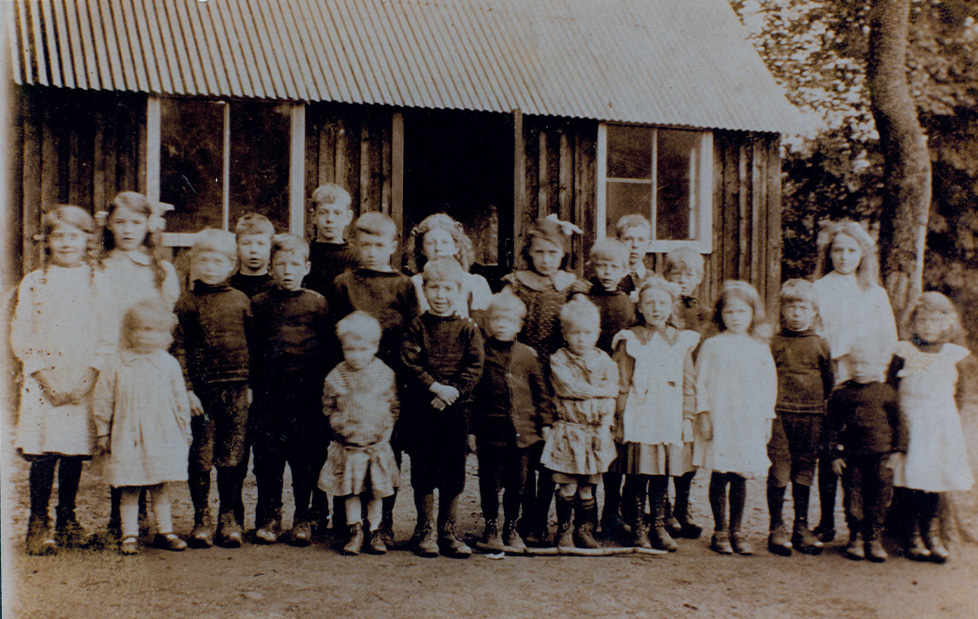 This photo shows 22 children outside the small school. I’d guess it was taken in the early 1920s – so after WW1. The names of four ex-pupils who died in the war were inscribed on a plaque within the school; W. Braddock, P. Heather, W. Lowe and A. Lupton.

There’s a photo of William Braddock on this page. So now that I’ve discovered details about Percy Heather, that leaves just two more to find. If anyone can help, please get in touch by leaving a comment below, or sending a message via the contact form.