Above: Rev Evans had to fight a battle with church authorities to extend the graveyard. But today it’s as overcrowded as the old one across the lane.

I’ve visited Taxal Church quite a few times over the years, but it’s only recently that I discovered the fascinating story of its ‘pugilistic parson’, the Rev Samuel Evans (see previous posts), who seems to have ruled the parish with a rod of Ulster-forged iron during his 37-year tenure, which ended with his death in 1922.

Much of his story is told on David Easton’s website. David kindly sent me some photos he managed to unearth during his research, including those below. I recently revisited Taxal to see if I could capture the same views today. Simply click the ‘Now’ and ‘Then’ buttons, or drag the green slider, to compare past and present.

A wonderful photo showing the arrival of Taxal’s six working bells in 1904. A church survey in 1549 stated that there were three bells. These were still in place in 1889 when Rev Evans reported that two were cracked, and only one, which bore the date 1506 “still calls the present generation to prayer”.

Evans managed to persuade the church authorities to raise the money to recast two of the old bells, and install another four, creating a magnificent peal of six. (The third of the old bells couldn’t be recast, and although it’s still in the tower, can’t be rung.)

This is the best photo we have of the Rev Evans, with his cloth cap askew, posing proudly at the church gate with the two recast bells and four new ones. Although he made many enemies among his local congregation, he seems to have been quite an inspirational figure to others.

This photo shows two improvements instigated by Rev Evans. The chancel was rebuilt and a new east window installed sometime around 1910. And the churchyard, which had become full, was extended further down the slope towards the Goyt.

At the time of the photo, only a few graves had been installed. Rev Evans would join them in 1922, buried behind the twin pillars which today are surrounded by later memorials.

Here are another couple of photos (click either to enlarge). The first shows the bells starting off on their journey to Taxal Church, presumably from Whaley Bridge station, in 1904. The second is a wonderful view of Taxal Church which looks like it could have been taken even earlier – maybe even in the 1880s. 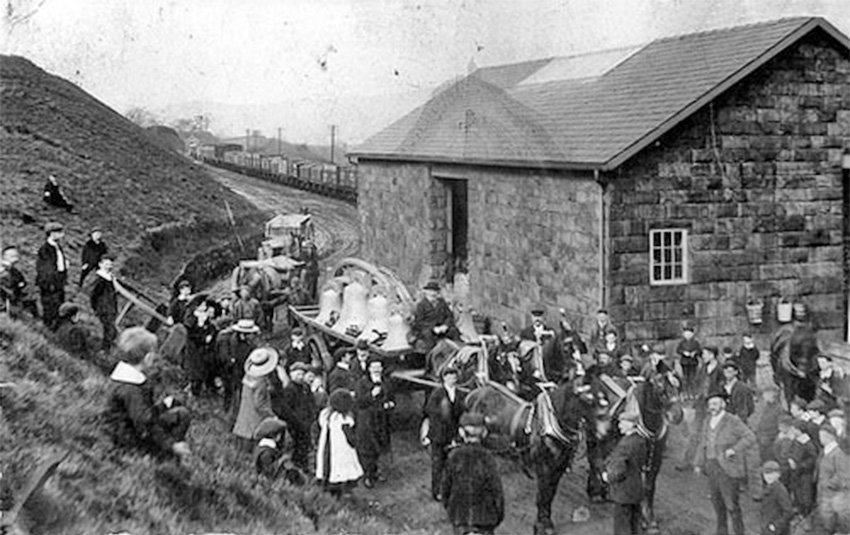 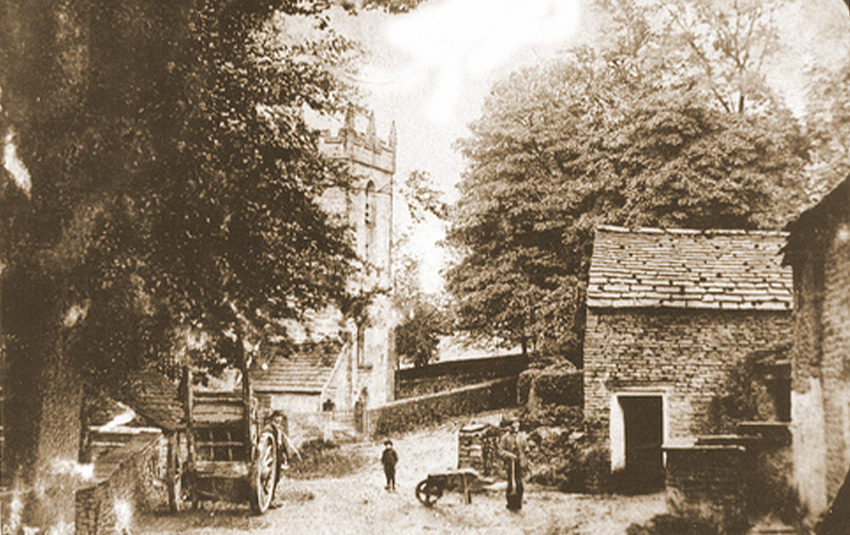