Goyt’s Bridge then and now

I’ve tried to match an old photo of the small hamlet of Goyt’s Bridge with today’s scene across Errwood Reservoir, and merge one over the other.

To view the results, simply click on either ‘then’ or ‘now’ button to slowly fade between the two scenes. Or move the slider from left to right.

You can just see the roof of Errwood Hall in the old photo. The lane leading up to the hall from beside Gatehouse Cottage passed directly under the modern bridge.

Above: This is a ‘flash’ file, so may not work on all mobile devices. It’s not perfect as the horizons don’t match, but it does give a fairly good idea. If anyone can provide a more exact match, please get in touch. 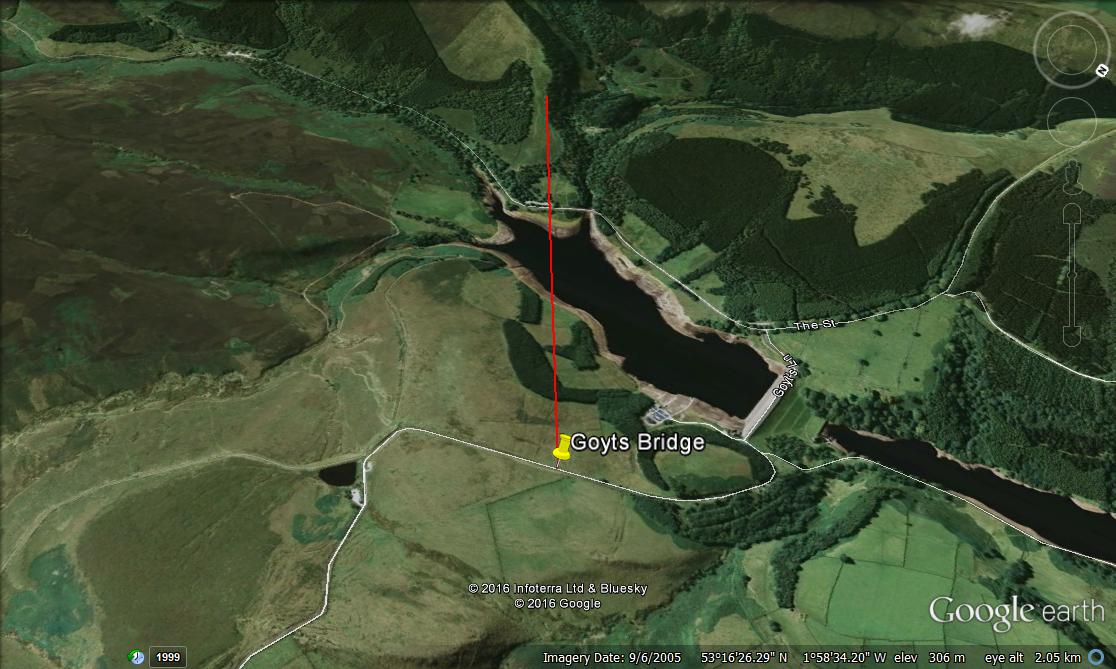 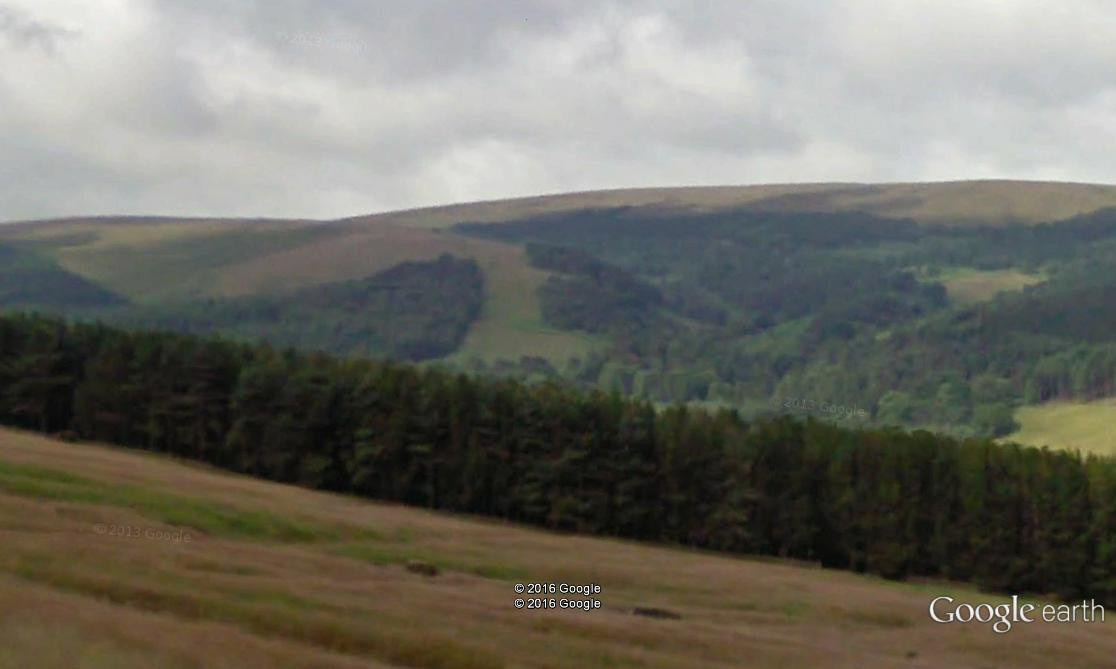 Page update: Many thanks to Paul for sending this comment and these two images from Google Earth (click either to expand):

“After looking at your ‘Goyts Bridge then and now’ pictures, I believe I have located perhaps not the exact location where the photo was taken but the direction the camera was pointing. It’s a little to the left of the ‘Now’ photo. I have an image from Google Street View showing the horizon as in the ‘Then’ picture taken from the road leading down from Long Hill (The Bunsall Incline).

“If you look on the original photo there is a fire break in the trees in the background which is still there today. The trees on the right hand side of the break are dead centre in the photo and a line drawn from there to the bottom centre of the picture gives the probable line of sight.”

I think Paul’s right. I took the photo on his red line, but much lower down the slope (maybe 10m from the water’s edge.) I’m surprised the far horizon would change so much if the photo was taken further up towards the Bunsall Incline. But I can’t argue with the evidence from Google Earth! David

Page update 2: Click here to view another photo taken by the same photographer at the same time, but from further down the slope.