Above: Fernilee Toll House stood beside the Long Hill Road from Buxton to Whaley Bridge, on the right, a short distance past The Valentine on the left, which today leads down to the northern end of Fernilee Reservoir. 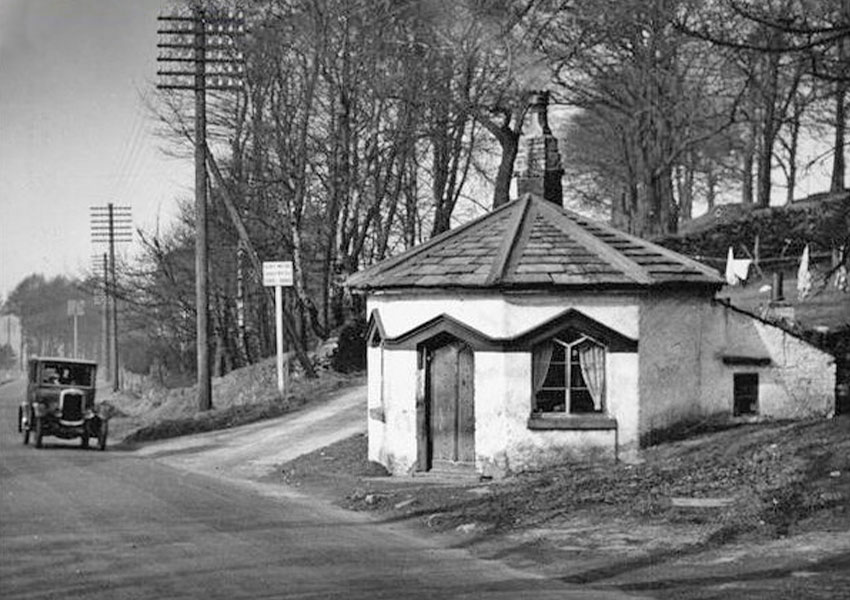 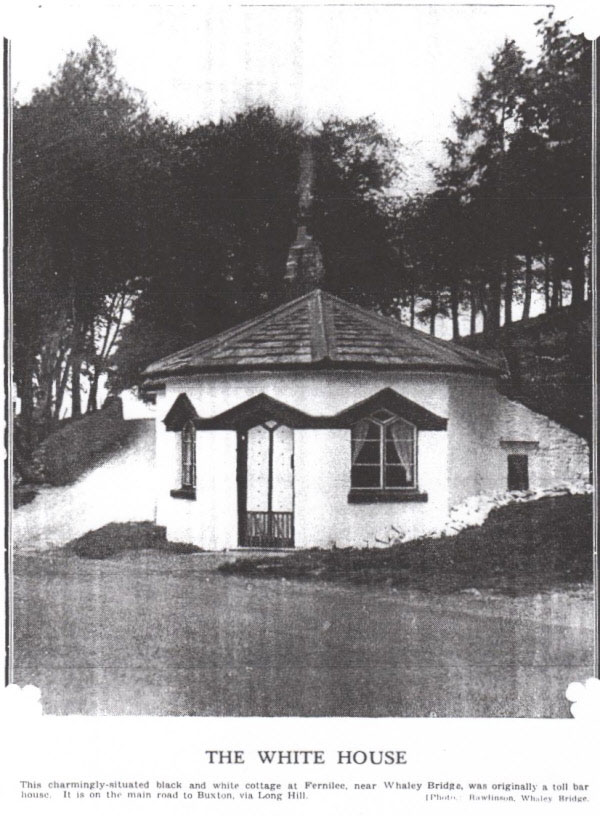 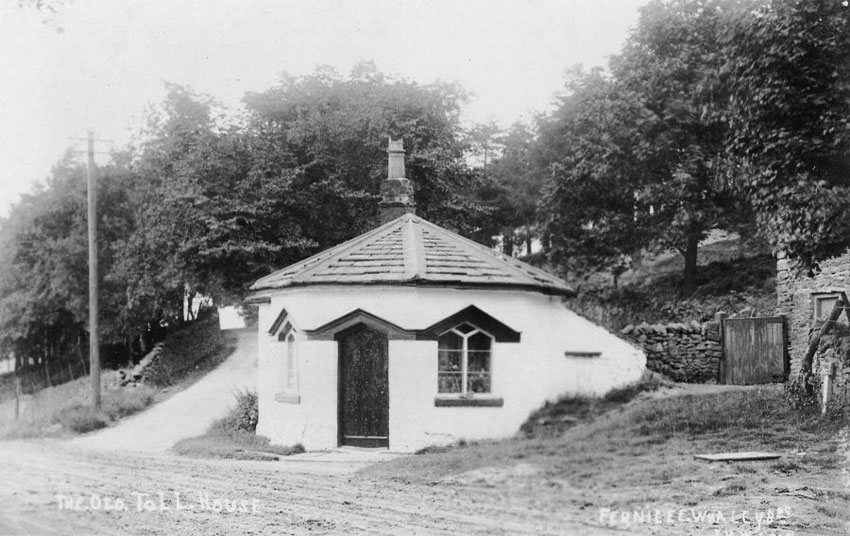 Click on any of the images above to enlarge. (Pictures courtesy of the Whaley Bridge Local History Group.)

This fade shows Fernilee Toll House and the same view today. The attractive building once stood beside a gate across the turnpike between Buxton and Whaley Bridge, collecting small payments from those who used the road. It’s a great pity it hasn’t survived.

John Johnson, one of the witnesses at the inquest of William Woods who was murdered in 1824, mentioned a toll gate at Whaley Bridge…

They ran about a quarter of a mile in my sight; and ceased to run when they got near the Whaley Toll-gate. They went along the road towards Buxton.

This gate would have been on the edge of the town – the one before Fernilee. But I haven’t been able to locate its exact position.

R.S-S from the Whaley Bridge History Forum provided a lot of the material for the series of posts on the Woods murder. I asked if he knew where it once stood. He wasn’t exactly sure, but offered an educated guess…

John was standing by the Smithy, which was directly opposite Whaley Lane, when he says “They went along the road in the Buxton direction and ceased when they got to the Whaley Toll gate”.

From the Smithy you can not see as far as The White Hart pub, and the only building to bear any resemblance to a Toll House in appearance is the old Nat West Bank.

You might find on old records that this was indeed described as a Toll House.

I’ll follow up on R.S-S’s advice when I get a chance. In the meantime, if anyone has any thoughts, please get in touch, either by leaving a comment below or via the contact page.