Above: The sign on the gate advertising teas shows that it can’t have been too far off the beaten track. So where was it? 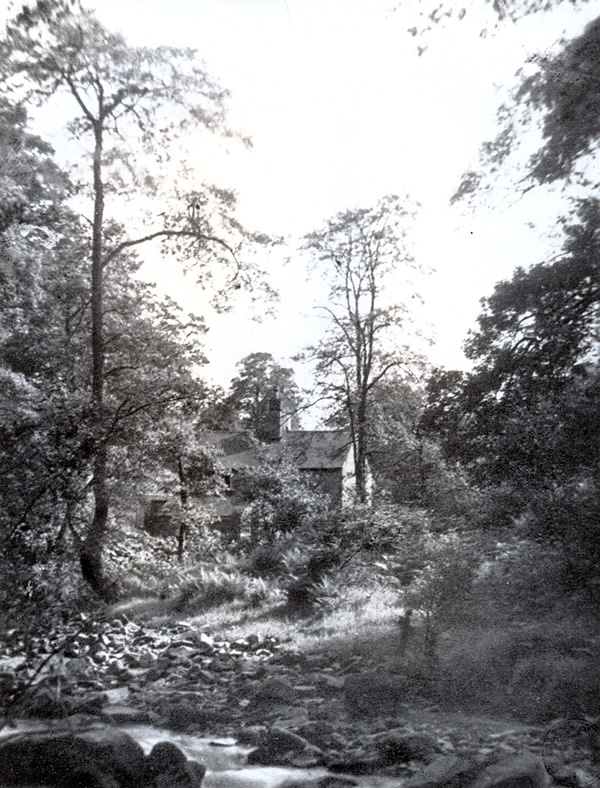 Above: An attractive view of the building (click to enlarge), with the Goyt flowing in the foreground.

Some of the photos you have on the site are of The Hollows (40802, 40777 & 36520). This was formerly known as Powder Mill Cottages. My Depledge ancestors were Coopers at the Powder Mill and lived here at one point.

It was later knocked through to form one house when Bill Lomas lived there. He said there were two staircases and they used to go up one and down the other.

Bill Lomas and his family lived before that at Oldfield Farm, before George Brocklehurst. You have a picture of Bill Lomas as a small boy stood outside The opening of the Village Hall in Fernilee. The last family to live here were the Dugdales. 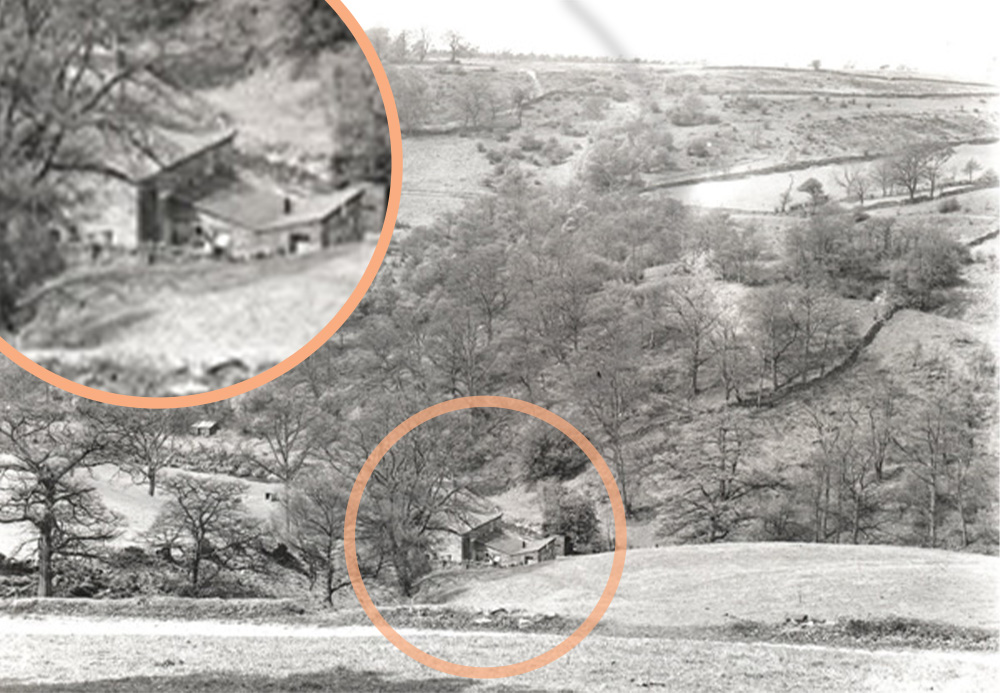 Above: This is one of the 1930s photos Chris recognises as The Hollows (click to enlarge). 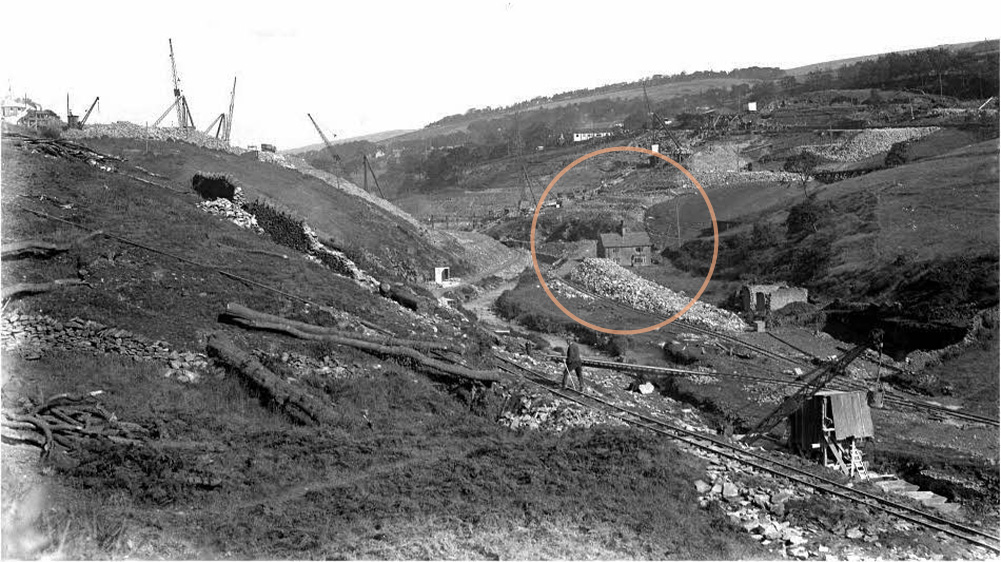 Chris Wilman discovered this photo on the Whaley Bridge Local History website (click to enlarge). Taken after work on the reservoir had started, it appears to be the same building. And there are enough features on the landscape to give a good idea of where it once stood. But I can’t be 100% sure of its exact position.

The remains of one of the gunpowder mill buildings are on the right. And the Goyt is flowing from right to left just behind this. The Valentine slopes down the valley behind the house. And the track of the C&HPR crosses this at the level of the white building in the background. 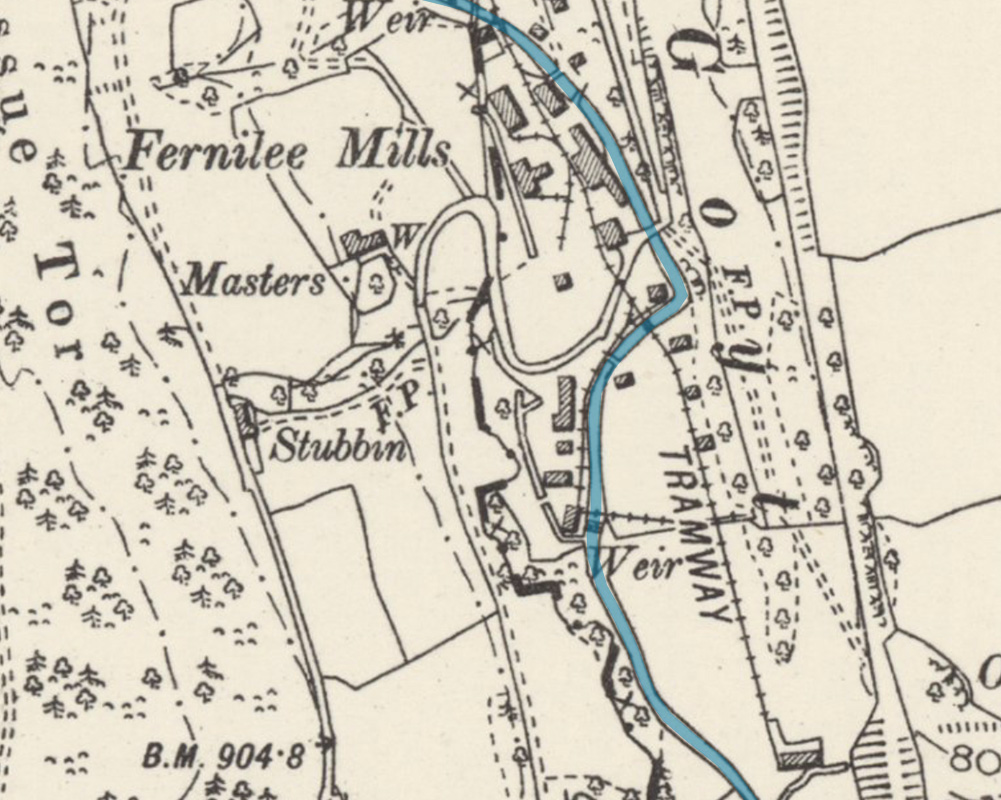 Above: This 1890s map shows Fernilee Gunpowder Mill, which now lies under the northern end of Fernilee Reservoir (click to enlarge). I’ve highlighted the Goyt in blue.

The house is likely to be one of the buildings shown on the map. But which one? All comments and suggestions gratefully received! Please leave a comment below, or send me a message.