Above: I think this photo was taken outside the tea room at Goytshead Farm, in the centre of Goyt;’s Bridge.

According to Gerald Hancock in his small book, Goyt Valley Romance, it shows the French chef from Errwood Hall at far left, alongside three other servants from the hall.

This letter from Winifred Critchlow describes life ‘below stairs’ at Errwood Hall. Her parents, James and Mary, had been servants at the Hall before emigrating to Canada. My thanks to R Stephenson-Smythe from the Whaley Bridge Local History Group for enabling me to copy it here.

My Mother through friends got a job in London. Her stepmother and stepsisters had her during all the work and her friend said she could get her a job with pay.

These rich Lords and Ladies had a London Home and also one near Manchester. It was called Errwood Hall and there were five Lords and Ladies and a Priest and they had 20 inside servants and others who looked after horses and other stock outside.

The servants lived in and had their own dining hall in basement. Just like the play “Upstairs Downstairs” seen on television. Written by Jean Marsh, who was also in it.

My Mother worked at the “Hall” with 3 French chefs and learned French out of necessity. My father worked with the Horses. They had riding horses and work horses and carriage horses.

Money was no object. After First World War they lost all that property and other properties in order to pay the High Taxes needed to pay the War Debt. So they didn’t get off scot free.

This was still going on when we left in 1912. Talk about your Feudal System and Labourers children were not supposed to go on to Higher education, no matter how clever. Only Teachers, Doctors and Ministers children could better themselves.

The reason my father came to Canada, to get out from under the Upper Crust. It was very difficult for my mom and dad, as up till move to Canada. They were told what to do and all decisions made for them.

This affected my mother more than dad, as she had worked under other servants, where he worked with the animals and was more or less in charge and had been given responsibility at an early age. But it was always a struggle.

Even so my father studied at night and took Correspondent Courses and worked where there was boilers and machines making Electricity and he tried exams and finally got his 2nd class Statuary Engineers’ Certificate and he worked usually Seven Days a week and had a big Garden.

Such a Life. No breaks. No vacations and Death due to accident at work at 47 years old – leaving six children 14 years and younger. The Workman’s Compensation gave my mother a very small pension, not enough to pay rent. I have written to Joe’s wife Agnes and await her answer. 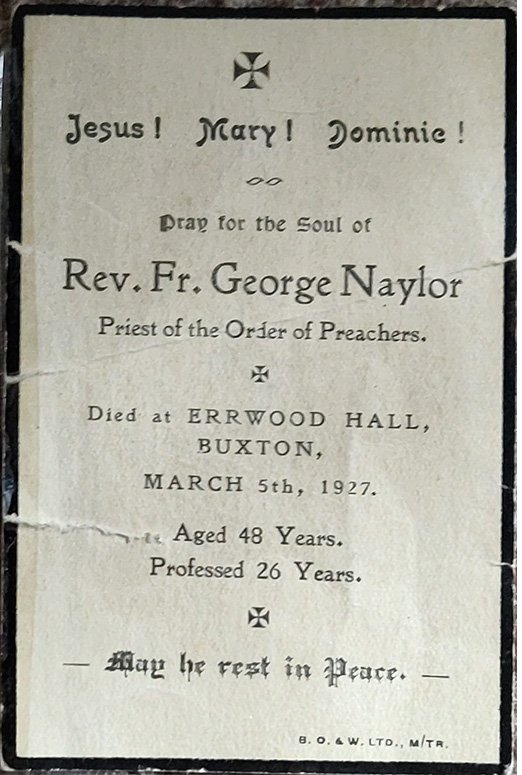 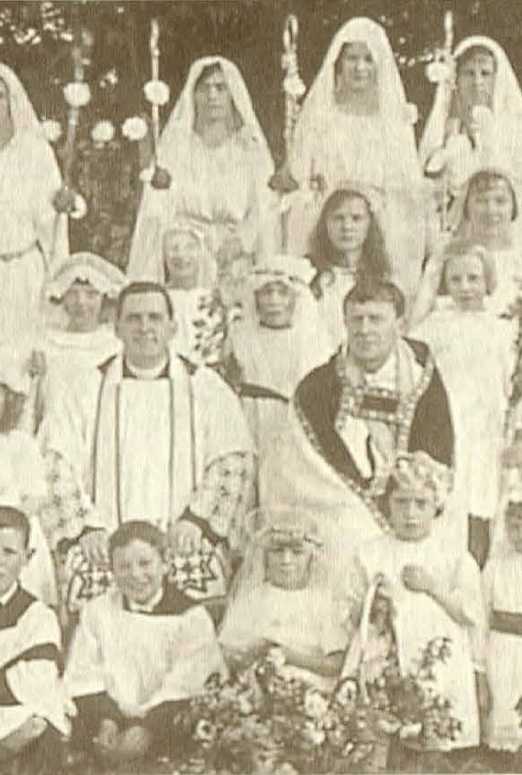 Page update: 24th Jan 2022: Helen (see comment below) sent a copy of the funeral card for her great-great-uncle, The Rev Naylor. He appears in Gerald Hancock’s Goyt Valley Romance – I think as the cleric on the right – alongside children who I’m assuming were pupils at the small school beside the drive to Errwood Hall (click either photo to enlarge).