Above: Taken in 1988, this photo shows Trevor’s son peering into a hole in the central courtyard at Errwood Hall. I wonder whether it might be the entrance to the cellars. 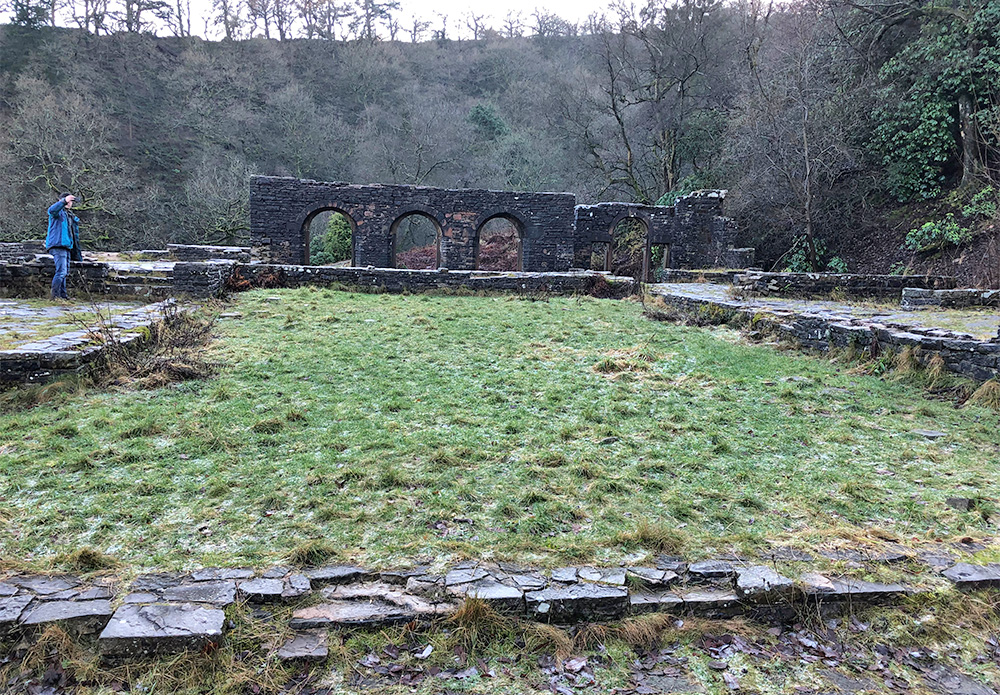 This is the same scene today (click to enlarge).

I’ve often heard people talk about the cellars at Errwood Hall, and how it was once possible to explore them by going down a series of steps. But I never did, and I’m not exactly sure where they were. But one of a series of photos recently posted by Trevor on the Goyt Valley Facebook Group may offer some clues.

It was taken in 1988, before the ruins were made safe by clearing the rubble, and the walls mortared to a uniform height. The young boy looking down into what looks like a hole in the centre of the ruins at the top of the page is Trevor’s son, Carl, who was 13 at the time.

I asked Trevor if this is where the steps leading down to the cellar were, but unfortunately he can’t remember. But Chris said: “Yes, that’s the entrance to the cellars. It’s exactly as I remember from my childhood, looking like this.”

I’ve always thought the central area looks like an internal courtyard. Which would seem an odd place to put the entrance to the cellars. But who knows? 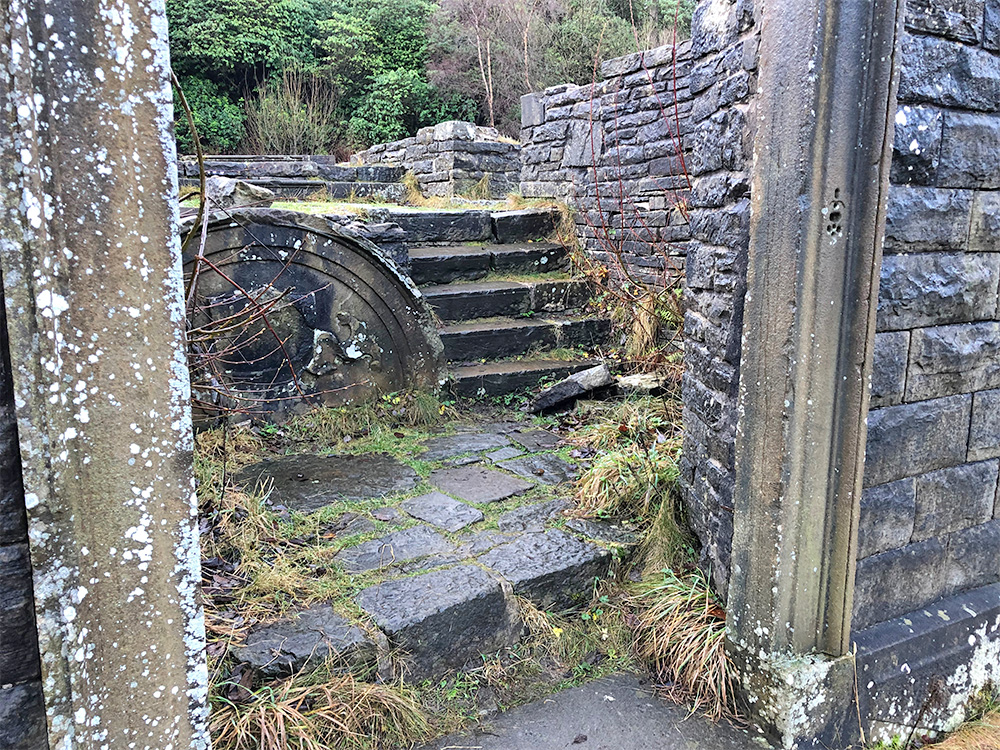 Carl thinks the cellar entrance was nearer the front door (above): “I remember a downward staircase just as you go in through what would have been the front door. It’s blocked up now but if you look, you can tell the stonework isn’t right, where they blocked them up. Maybe there was more than one way into the cellar?”

I’m hoping the measuring and recording of the ruins early next year, in preparation for the virtual reality app (see this post), will make things clearer. I’d guess there must be a set of room plans somewhere amongst the records, which would make things far easier. But I’ve never managed to track them down.

If anyone can remember exactly where the cellar steps were, and even what it was like to explore them, please leave a comment below, or get in touch using the contact page.

Click below to view Trevor’s collection of photos of the ruins. The first three were taken in 1988. The others show show the same scene in both 1990 and 1995, after the site had been cleared and protected. 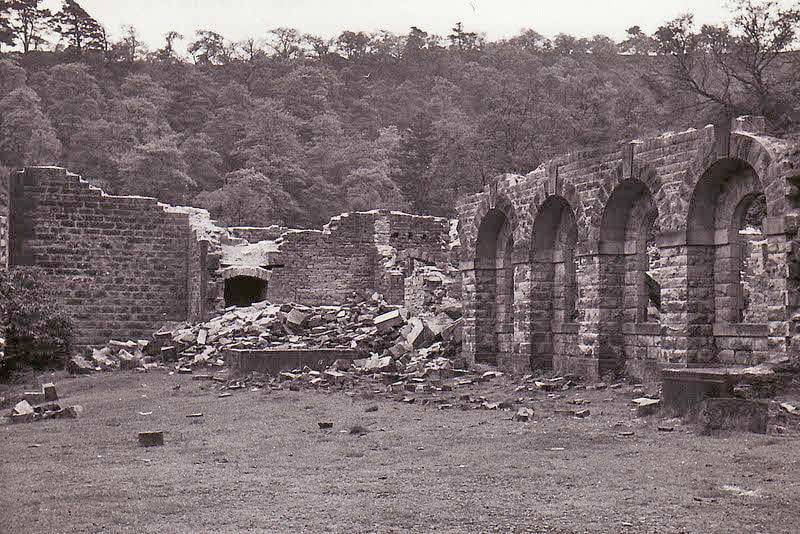 Page update 13.2.22: I recently came across this photo on the Buxton Memories Facebook page (click to enlarge). It shows Errwood Hall with the walls around the entrance still fairly high. I’d guess it would have been taken in the 1970s or ’80s*, but I’m not sure. I’ve asked whether there are any others but haven’t heard back. I’ll update this page if I discover any more.

*The photo was taken in 1959 – see David Bailey’s comment below.