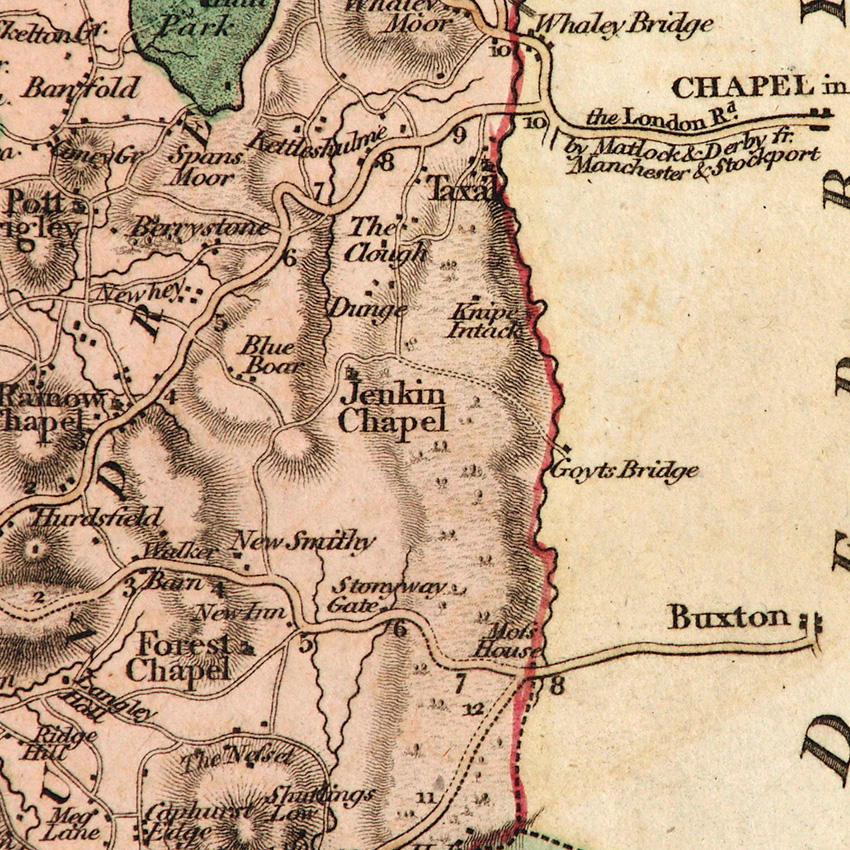 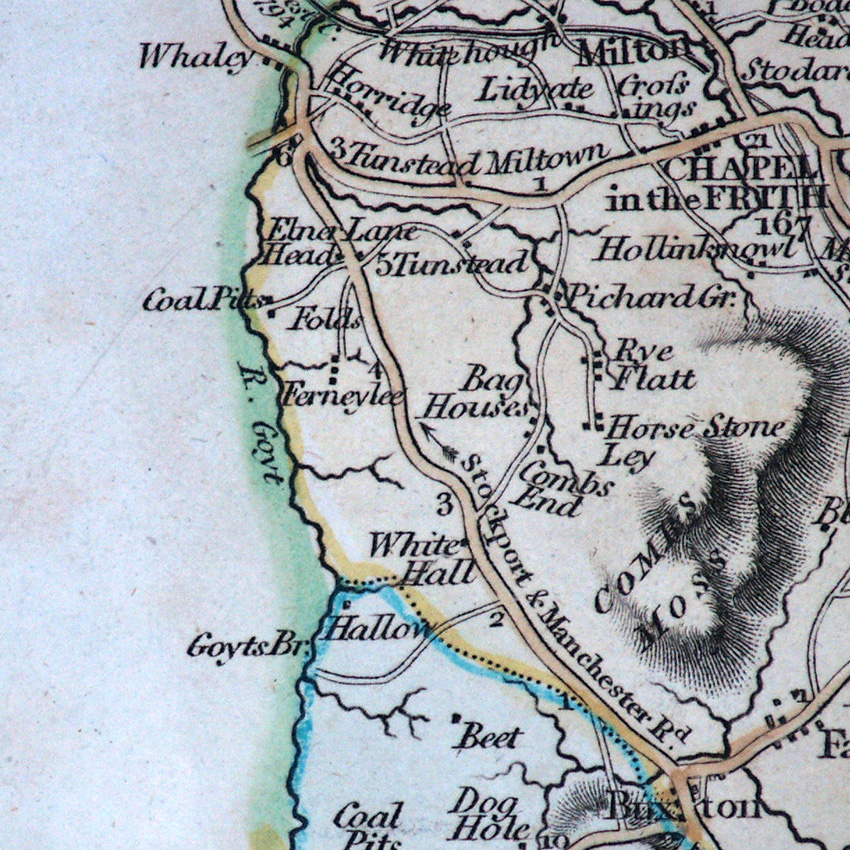 Above: Click either map (Cheshire top and Derbyshire above) to enlarge.

Above: First issued in 1801, these images are copied from the 1811 edition of John Cary’s ‘New English Atlas’.

John Cary almost certainly created the first maps published in an atlas to give us the toponym ‘Goyts Bridge’ – rather than a variant of Goythouses. (See previous Cary map dated 1787.)

Around 1801 Cary began to publish a new larger set of county maps, which were initially sold individually but subsequently collected and sold as his New English Atlas from 1809.

The copies of the Cheshire and Derbyshire maps shown here are from the second atlas edition of 1811. The maps’ larger scale does show slightly more accurate delineation of minor roads, such as that through Goyt’s Bridge.

They are also early indicators of the industrialisation of the valley, with ‘coal pits’ being marked a few miles upstream and downstream of Goyts Bridge.