Above: First issued in 1646, this image is copied from Jan Jansson’s ‘Atlas Novus’. 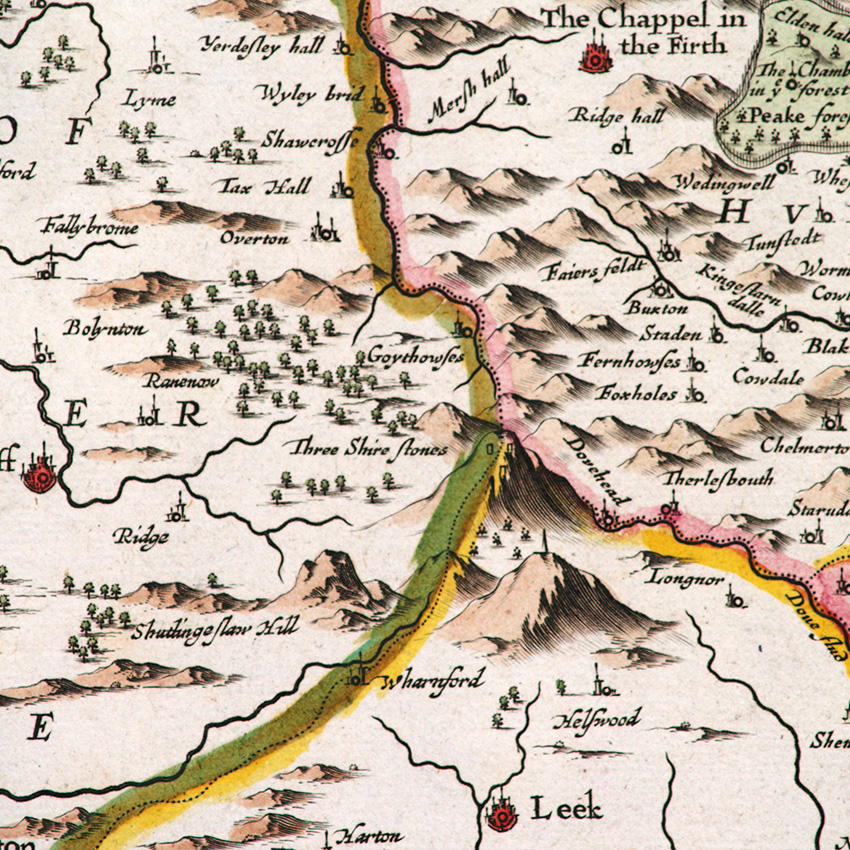 This map is by Jan Jansson, and was first published in 1646 in the 4th volume of his Novus Atlas. This volume covered England and Wales with a series of county maps – most counties being given their own map but sometimes with two counties combined on a single map.

In the 17th century the Dutch were probably Europe’s major sea power, and their map-making grew in line with their naval ascendency. In Amsterdam the map-making trade was dominated by two major houses – Willem and his son, Joan Blaeu. And the two Jan Janssons (father and son).

By mid century these houses were both developing multi-volume world atlases, with new volumes coming out regularly as geographical knowledge grew with new discoveries.

They were in fierce competition with each other. Jansson (the younger) was the first to add some English county maps to his atlas in the 1630’s but did not complete the set. He then found himself trumped in 1645 when Blaeu published his own volume 4, with maps of the English and Welsh counties.