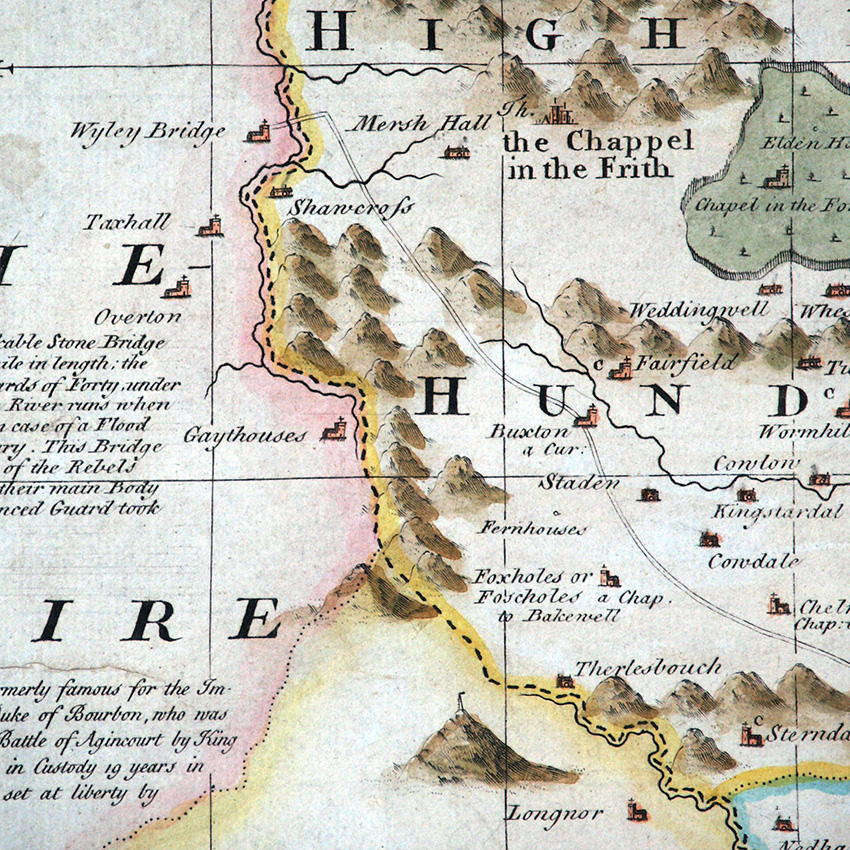 This map is by Emanuel Bowen; one of the most prolific map-makers of the 18th century who died almost blind and in poverty for his pains.

His greatest work was probably the ‘Large English Atlas’, for which he and his son-in-law, Thomas Kitchin, were hired by the publishers to draw and engrave most of the maps.

Work commenced in 1749. The first maps were published and sold individually. It would be another 11 years later before the full set was completed and the atlas could be brought to market, being published in 1760.

Once again, no new survey work was undertaken. But Bowen and Kitchin did take pains to obtain copies of the latest one inch county surveys that were coming through, and incorporate this new cartography into their maps – the largest ever used in a county atlas.

Unfortunately they had no new surveys to consult for Derbyshire and Cheshire; P. Burdett’s first surveys of these counties only coming out in 1767 and 1777 respectively.

Where no new surveys were available, they tended to rely on the previous best role-model, which were the maps of Robert Morden, so it’s no surprise that Bowen follows Morden’s erroneous spelling of Goytshouses and repeats Gaythouses.