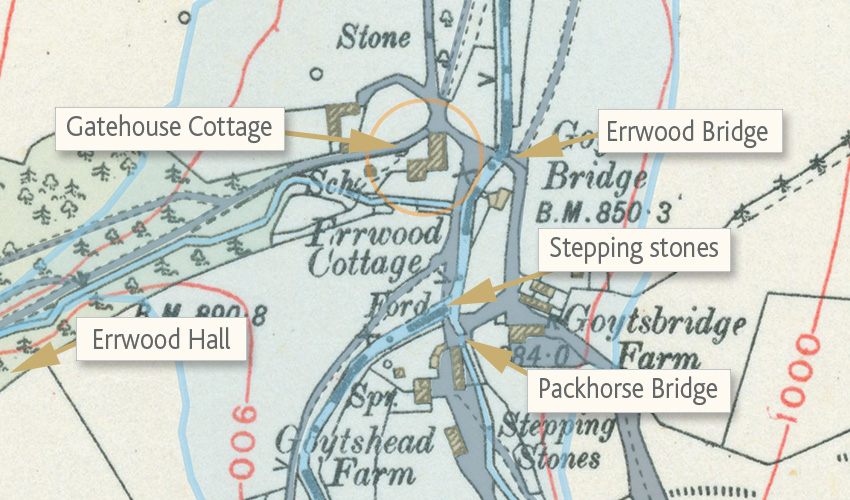 Above: This 1890 map (click to enlarge) shows Gatehouse Cottage (marked Errwood Cottage) in the centre of Goyt’s Bridge, with the small, single-room school behind. The lane beside the house leads to Errwood Hall. The blue shaded area shows Errwood Reservoir today. 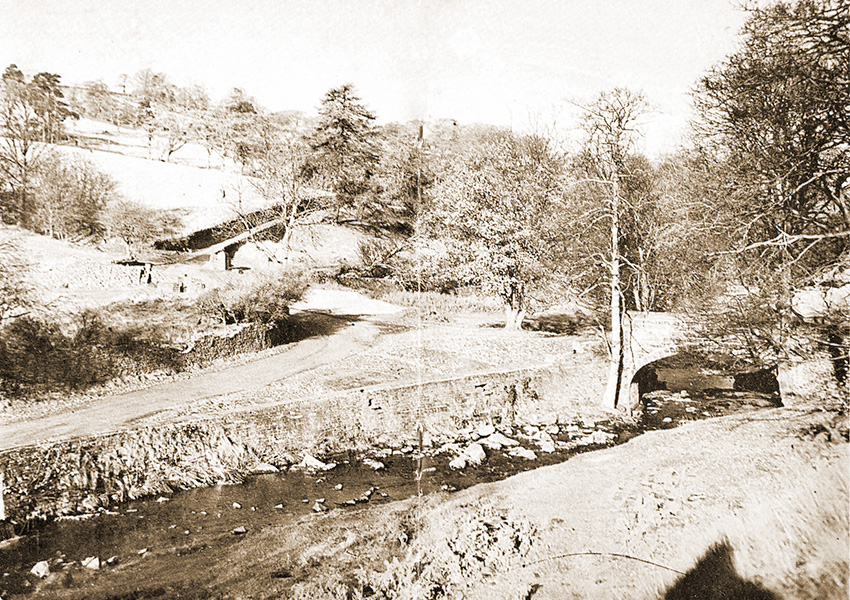 Above: This rare photo (click to enlarge), taken from Clifford Rathbone’s ‘Goyt Valley Story’,  shows the sad remains of Gatehouse Cottage on the left, with Errwood Bridge to the right. They both now lie beneath the waters of Errwood Reservoir. 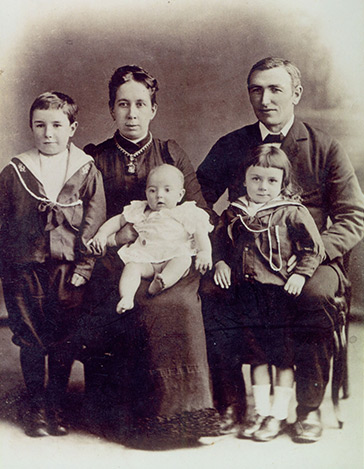 Above: Ignatius Oyarzabel, his wife, Bridget, and their three children lived at Gatehouse Cottage. Ignatius was butler at the hall, and Bridget taught at the village school which lay just behind the house.

This was the largest and grandest house in Goyt’s Bridge – apart from Errwood Hall. Which befits its position at the foot of the entrance drive to the Grimshawe’s grand country residence.

It appears on maps as Errwood Cottage, but it seems to have been better known as the Gatehouse & Gardener’s Cottage. I’m assuming it must have been extended and improved when the hall was constructed in the mid 1800s, and possibly divided into two homes.

It was certainly a very attractive property, and appears on many photos. Gerald Hancock mentions it a number of times in his ‘Goyt Valley Romance’;

…the Oyazabels lived at the gatehouse and gardeners cottage, which had a huge greenhouse at the back with a large vegetable garden most of which would have supplied the Hall.

Ignatius Oyazabel, the head of the family, came from Spain. His was an adventurous story, for he came to Errwood in 1871 as a young lad aboard the ‘Mariquita’, the Grimshawe’s private yacht. The family in that year had holidayed in the Mediterranean, visiting Italy and Spain.

He repaid Samuel Grimshawe’s kindness by working hard, and rose to the rank of butler while his wife Bridgett who had worked at the Hall ran the school which was not far from the rear of their cottage. Their second son Joseph carried on family tradition and became estate manager.

The cottage was also used as a guesthouse for visitors to the hall. There’s a wonderful series of photos of an annual shooting party – all taken outside the cottage. (Click to view). Gerald mentions the friendship between the Grimshawes and Sir Charles Hallé – the son of the famous conductor and a renowned portrait artist. He writes;

Even after Sir Charles died in 1895, Hallé Orchestra musicians were allowed to stay in the gatehouse cottage at Errwood during summertime. Here they would practise and give impromptu recitals. 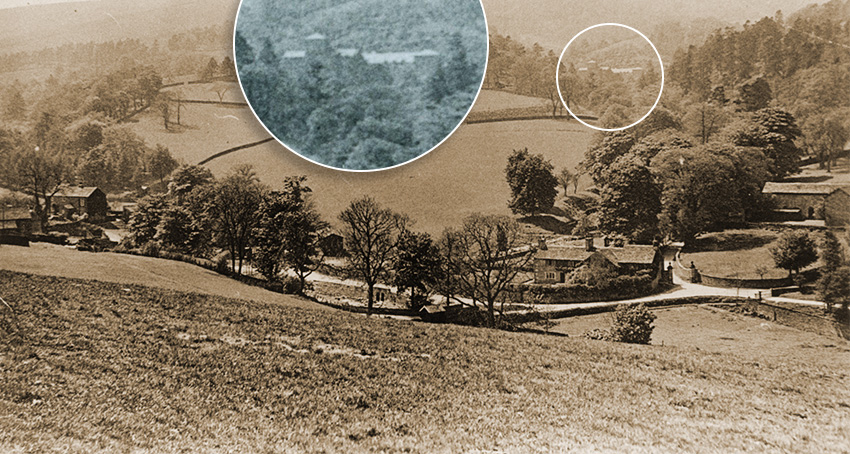 Above: This wonderful view over Goyt’s Bridge shows the Gatehouse & Gardener’s Cottage in the foreground. The gates to Errwood Hall are just to the right. And it’s just possible to see Errwood Hall in the far distance (inset).

Surprisingly, it’s proving quite difficult to find census records for the house. But I’ll add more information as and when Mike or Gail manage to discover anything.