In 1870 Samuel Grimshawe III became the owner of the yacht ‘Mariquita’, an ocean sailing ship. Perhaps he had developed a thirst for travel, or maybe he wished to broaden his horizons. There is little doubt this must have pleased his teenage daughters, who would have been eighteen and nineteen years old by this time. 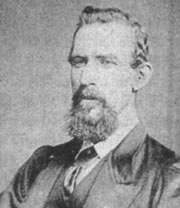 They had already travelled previously to France as Samuel III and his brother-in-law, John Upton Gaskill, had business interests in coal mining there, near Paris. Indeed, Genevieve Grimshawe was born there, so they were not strangers to overseas travel. In fact, during 1871, they were on board the Mariquita, with Captain John Butler sailing on the Mediterranean, visiting Spain and Italy, leaving a skeleton staff at the Hall. They were after all, living during an age of travel, invention and famous people.

There were musicians, composers such as Grieg, Brahms, Offenbach, the writers and poets, Kipling and Browning in this great Victorian age. The family continued to travel and kept the yacht into the 1880s, sometimes bringing back foreign servants to work at Errwood.

The Grimshawe family loved parties and to entertain their guests, many of them titled. The following report from a local newspaper dated 6th September 1873, included a treat to their tenants:

Festival at Errwood Hall: On Wednesday the coming of age of the daughters of S. Grimshawe, Esq., of Errwood Hall was celebrated by giving a treat to all their tenants and others. Prizes were offered for the different games, such as donkey race, hurdle race, foot race and sack race. Also, a pig chase, the pig to become the property of the person lucky enough to catch it. After the sports a sumptuous spread was laid out in a marquee on the ground. Dancing was the principal attraction for the rest of the evening.’

During the hunting season, there were times when there was not enough room at the Hall, and some guests would stay the night at the gatehouse cottage. 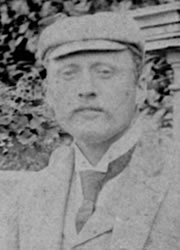 On the 21st January 1891, Genevieve, at the age of thirty seven, was married to Edward Francis John Preston, forty five years of age. The ceremony took place at the Oratory, Kensington, in London by the second Bishop of Shrewsbury, Edmund Knight. Genevieve, at the time of marriage, was staying at the Grimshawe’s London home of 80, Queens Gate, Kensington. They later left for a honeymoon in the South of France.

Edward Francis Preston was a distinguished military gentleman, and came from a very distinguished family. He was the second son of the 13th Viscount Gormanston, born in 1845, Captain late of the 9th Lancers, Lieutenant Lancashire Yeomanry Hussars 1873-80, late A.D.C. to the Duke of Abercorn, D.L., J.P. co. Meath, J.P. co. Dublin. He was a member of St. Georges Yacht Club. The family seat of the Gormanston’s was Gormanston Castle, County Meath, Ireland. The marriage of Genevieve to Captain Preston brought a long association of the Preston family with Errwood Hall and they, with their children, were to visit the estate on many occasions.

Ten years after her husband, the death of Mrs. Jessie Grimshawe occurred on the 6th December 1893 in London. Her body was brought back to her beloved Errwood, where it lay in state according to the custom of the catholic church, until the time of the appointed funeral. The burial took place on Thursday 13th December, beside the remains of her husband Dominic in the private cemetery on the hill behind the Hall. It was attended by a great number of Catholic clergy and many people journeyed to Errwood to witness the solemn proceedings, and to express their sympathy.

The Grimshawes continued to help the catholic church, and it was they who bought the land at Whaley Bridge for the building of the ‘Sacred Heart’. The land was purchased from Mr. Jodrell for the sum of £500, and the grand opening of the Church took place in, September 1900.

Their circle of friends included many eminent people of the time including Cardinal Vaughan, the third Archbishop of Westminster, formerly the Bishop of Salford, a lifelong friend of Samuel Dominic Grimshawe III, and the Hon. Alan de Tatton Egerton, M.P., and Sir Charles and Lady Halle. All were influential ladies and gentlemen and friends of the Grimshawes who would have been frequent visitors to the Hall. Other local friends were the Swindells at Bollington. They were mill owners there and employed many local people.

On the 16th July 1902, Mary Grimshawe, aged fifty one years, married Hellier Robert Hadsley Gosselin, fifty three years, of Bengeo Hall, Hertford. They were married, like sister Genevieve, at the Brompton Oratory, Kensington in London by the Bishop of Shrewsbury. The bride was given away by her uncle, General Allan, and the best man was Mr. P. J . Lynch. There were two bridesmaids, Miss Esme Preston and Miss E. Gosselin, the latter the youngest daughter of Sir Martin Gosselin.

The bride and bridegroom received many presents from their respective relatives, the Prestons, Gosselins, and from Lady Gormanston. There were also presents from the servants of both Errwood Hall, and Bengeo Hall. A recherche breakfast was laid at Ennismore Gardens, London, the Hon. Mrs Preston entertaining the guests, after which the bride and bridegroom left for the South of France to spend their honeymoon.

Hellier Robert Hadsley Gosselin was another distinguished gentleman, coming from a very distinguished family of Norman, French descent. He was the second son of M.H. Gosselin, J .P., of Ware Priory, Herts, by daughter of Admiral Sir John Marshall; born at Wallfield, Hertford in 1849 and educated at Haileybury College. J.P. for the county of Herts; a member of Herts. County Council; Alderman Hertford Boroulgh Council; 1897-98 and 1898-99; High Sheriff 1906; assumed the additional name of Grimshawe by Deed Poll, 1902.

Admiral Thomas le Marchant Gosselin was Helier’s grandfather. The name Helier, incidently comes from St. Helier’s, Jersey, where some of the family had originated from. Mr. Gosselin-Grimshawe was said to be a courteous, unassuming, essentially quiet man, who had the regard of everyone who had the privilege to be in his company. He had travelled round the world and to Iceland and was very interested in antiquarian research.

From 1884 to 1902 he was secretary to Royal Archeological Institute. He kept up his office on the Hertford County Council until 1913, travelling to Bengeo Hall from Errwood by train. If someone was taken ill on the Errwood estate, Mr. Gosselin would show a keen interest and always pay a visit with his wife Mary. He was in return well respected, by the valley community.