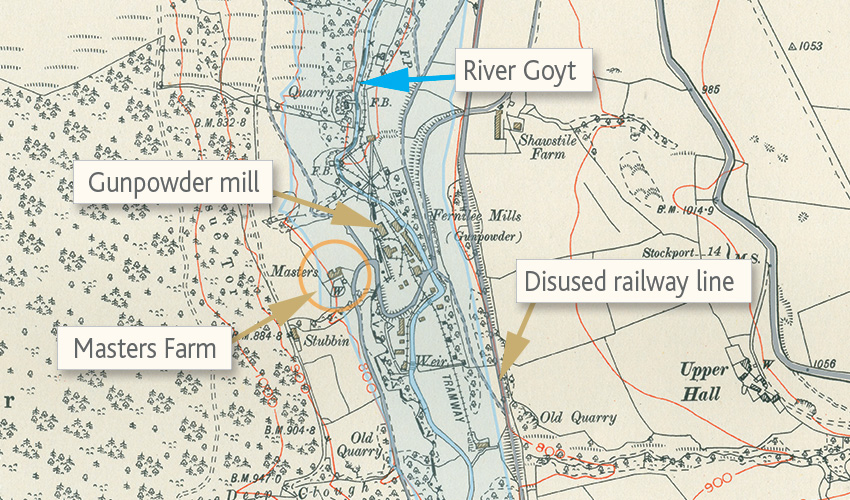 Above: This 1890 map (click to enlarge) shows how close the farm was to the gunpowder mill. The ruins of both now lie under the waters of Fernilee Reservoir (the blue shaded line area). 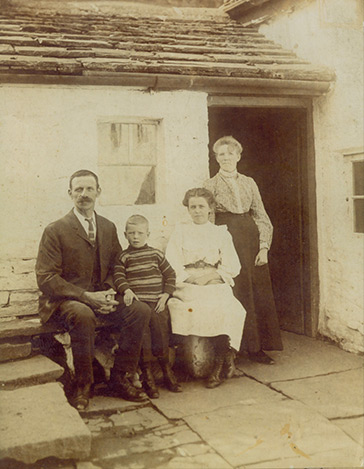 Above: The Lowe family pictured outside Masters Farmhouse; Richard, John, Elizabeth and Mary. John was four at the time of the 1911 census. So I’d guess the photo was taken shortly after.

Gerald Hancock mentions a Johnny Lowe in his ‘Goyt Valley Romance’ as one of the miners at the Castedge coal pit. It’s likely he’s the boy in the photo.

Above: This view of Masters Farm is taken from the old road which once ran from Goyt’s Bridge to Fernilee, via the Gunpowder Mill, and then north to Whaley Bridge or south to Buxton. Today, sections of the same road form the path which runs along the western shore of the reservoir.

A newspaper report of a fatal accident at the Gunpowder Mills in 1836 mentions Masters Farm;

On Thursday week, about six o’clock in the morning, one of the most dreadful accidents which we have ever had to record, occurred at Shallcross, in the County of Derby, about eight miles from Macclesfield. The powder mills of Messrs Williamson, which contained at the time a ton and a half of gunpowder, blew up with a tremendous explosion.

George Heaps, a married man, with a wife and four children, who was in the mill at the time, was blown a distance of six hundred yards, to his master’s farm at Taxal, in this county, Shallcross being on the border of Cheshire and Derbyshire. He was, of course, quite dead when found.

It’s likely the reporter got his facts wrong (nothing new there!). Rather than “his master’s farm”, it would have been Masters Farm. Click here for more information about the Gunpowder Mills and the accidents which often occurred there. 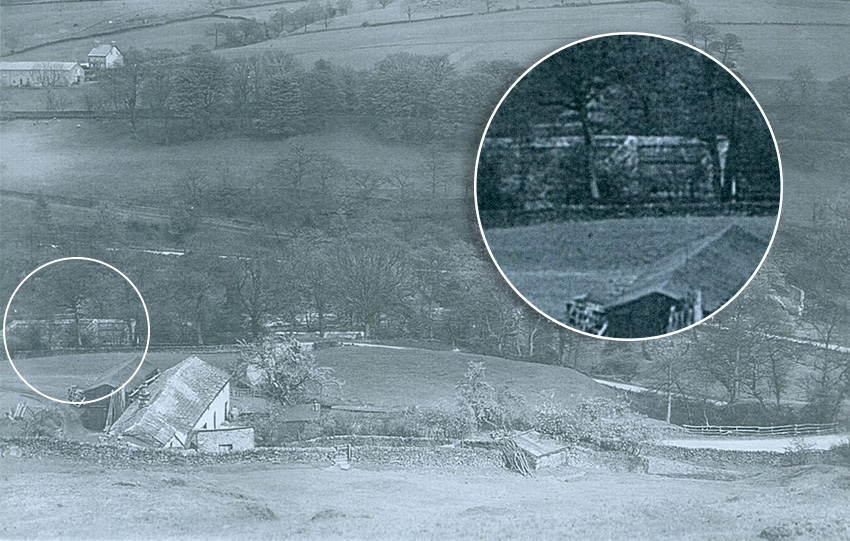 This photo (click to enlarge) shows the view over Masters Farm towards Shawstyle Farm top left. It’s just possible to make out some of the Gunpowder Mill buildings in the valley below.